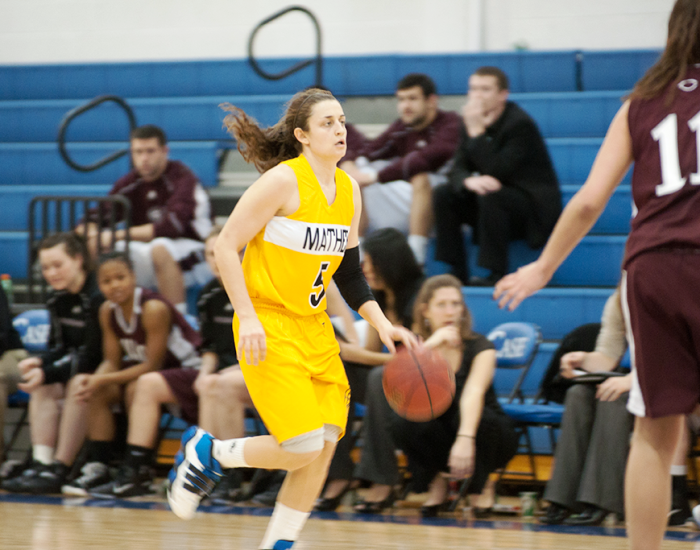 The Spartans will be donning yellow uniforms for both games this weekend, celebrating one of CWRU’s past titles as Flora Stone Mather College.  They will tip off against Chicago on Friday, Jan. 25, at 6 p.m. Two days later, on Sunday, they’ll face Washington at 1 p.m.  Both games are in the Horsburgh Gymnasium.

Senior guard Evy Iacono, who is leading the UAA with 18.4 points per game, will lead the Spartans.  Iacono is climbing the program’s all-time scoring list and is currently fourth with 1199 career points.  She is 21 points away from tying Jody Chattin for third in school history with 1220.

Senior forward Emily Mueller is tops in the UAA with 2.4 blocks per game and is 24th in the nation.

Sophomores Brooke Orcutt and Berit Eppard have had breakout second seasons as the duo rank two and fourth in the UAA in field goal percentage with 53.1 and 51.6 percent, respectively.  Eppard is the team’s second highest scorer, averaging 8.8 points per game and Orcutt is third with an average of 7.4.