Spartan women have their eye on return trip to Nationals 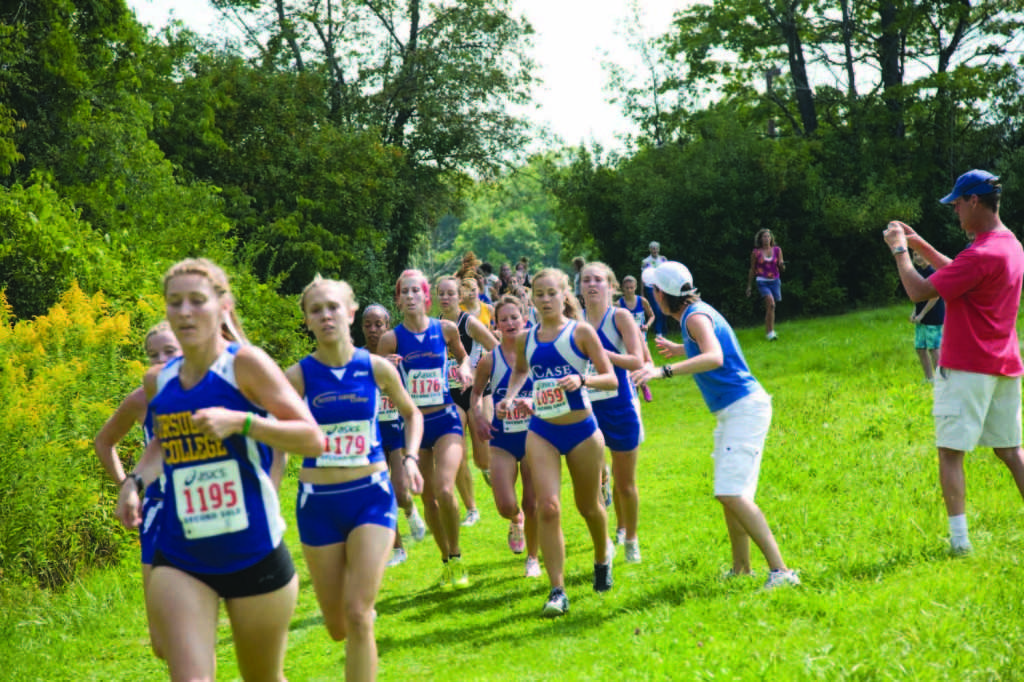 A third place finish in the USTFCCCA Great Lakes Region Championship and a 15th-place finish at the NCAA Division III Championship has the Spartan women foaming at the mouth to prove they’re ready to do it all again.

Led by a trio of talented captains in seniors Justine Jeroski, Andrea Fischione and Cindy Spahn, the veteran squad has the speed and determination to make a statement.

Despite the team’s exceptional season, they were bumped down a spot in the first preseason regional poll, sitting in fourth behind Calvin, who placed first in 2009; Oberlin who finished second and upcoming Hope College who jumped from sixth in 2009 to second in the poll.

The team’s not letting the coaches get them down, however, they know they have the talent to make a statement.

“We’ve been to preseason camp and we’re just staring workout this week. Everyone’s been working hard over the summer. The [Bill] Sudeck Classic will be kinda of a showcase for our team,” said Spahn.

The Spartan’s first test will be in two weeks when the team hosts the Classic at the Squire Vallevue Farm on Cleveland’s east-side.

The NCAA gives championship bids to the top two teams in the Great Lakes Region and can choose to give up to three more at-large bids. The women don’t want to take that chance, seeing as the men placed fifth last year and sat at home while the women’s squad traveled to the NCAA Championship.

“We’re ready to have a very good year, we’ve got a lot of experience,” said Fischione. “We want one of those top two spots and getting an automatic bid. We don’t want to be sitting in the top five hoping for an at-large bid because it can be quite nerve racking.”

The women have just three incoming freshmen and staying healthy as the weather turns colder will be crucial for the team, which while stocked in veterancy has little depth. Spahn who came down with swine flu, or H1N1, in late October, right before the UAA Championship is ready to put up a fight to stay healthy.

“There’s nothing really stopping us from getting an automatic bid, we’re seeded fourth but we’ve been in the top three since I’ve been here,” said Spahn.

This needs to be the year if the Spartans want to break into the top 10. With just three freshmen and eight seniors on an already small squad, making a splash on the national ranking will be key to refilling the teams coffers with young, new runners.

When asked which freshmen people should keep an eye one Spahn laughed, “There’s only three freshmen girls, so hopefully all of them…We think that they got the potential to challenge for spots in the top seven.

CWRU will host Bill Sudeck Classic in two weeks on September 4, it is the Spartan’s only home meet of the season.