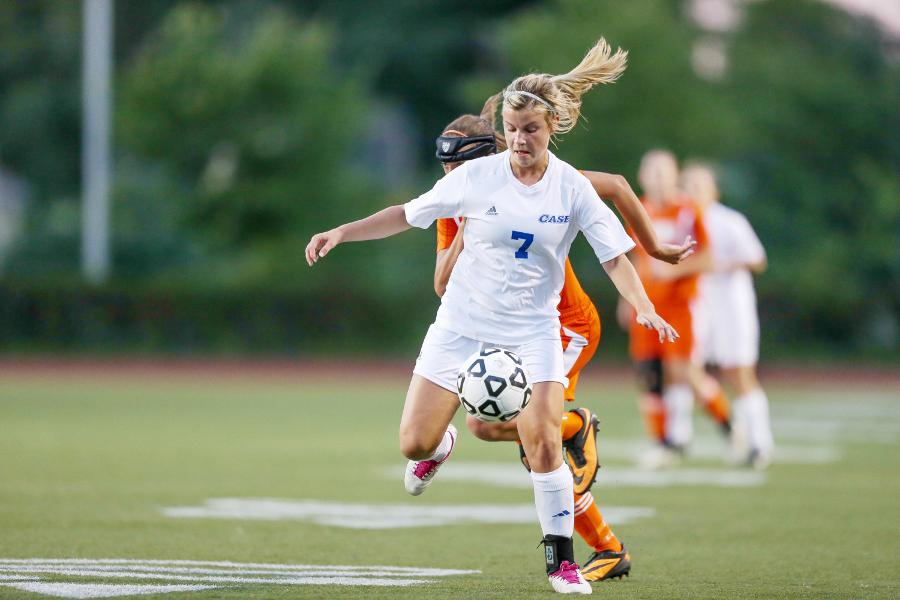 Soccer team trusts in their approach

Trust is a vital part of every human interaction. Trust is just as important in the heat of battle, especially on the soccer pitch.

The Spartan women will look to bounce back after an off year last season and the key to that will be a strong sense of trust. This trust will be the defining characteristic of the Spartan’s squad and something head coach Tiffany Crooks will be pushing.

“Our trust in each other will define us this year,” said Crooks “Accountability to do the work when no one’s watching, competitiveness on the field, and toughness are our keys.”

Crooks has led the Spartans to four winning seasons in the past five years with last year being the off year, when the squad went 8-9-2. Despite the losing record, the Spartans lost eight of those nine matches by one goal. These factors point to the Spartan’s positioning to bounce back into typical season form. With this in mind, the Spartans have set the goals to return to the upper bounds of soccer excellence.

“(Our goals are) to be highly competitive within our conference and the region,” said Crooks. “And to push for a return to the NCAA tournament.”

This return journey will be lead by the four seniors who have NCAA tournament experience from the 2011 campaign. The Spartans will be led defensively by senior goalkeeper Abbey Smith. Smith was a breakout star for the Spartans after transferring in last season as she started all 19 matches, worked five shutouts and kept 61 shots out of the back of the net.

Lauren Wichman is returning from injury and will be one of Smith’s supporting defenders.

“Abbey manages the game so well as a goalkeeper. Her teammates trust her and I believe she’s ready to step into a true leadership role,” said Crooks, “and Lauren is returning from injury with great determination and competitive spirit and she’ll be back in our backline.”

Jessie Sabers also received an All UAA nod and led the team last season in points with seven goals and two assists. Christine Straka who is also coming off of injury will look to help fill the role left by former star Leah Levey who graduated last year and help support Sabers in the offensive half.

“Jessie is at her fittest and has the most fire of anyone on the team. She’s put in the work to have a great season. She’ll be a leader on and off the field. Also Christine Straka is back from injury as well is one of our most skillful players. She can make a big impact,” said Crooks.

To supplement this talented and experienced group of upperclassmen the Spartans will be looking to incorporate some of the younger talent.

“‘New’ is a relative term with this group. We didn’t get the chance to see a few sophomores because of injury during their freshman season, so those women will be exciting to watch play,” said Crooks. “We have a good group of freshmen that are competitive and will make contributions.”

The Spartans will face plenty of challenges on their return trip to the NCAA tournament. The Spartans play in one of the toughest Division III conferences in the country and in the one of the strongest regions (the Great Lakes Region). This provides for a strong set of matchups to truly test the Spartans in this year’s campaign.

With 11 away games in comparison to the only seven at home, it will be even more difficult to pull off wins. The Spartans are prepared for such challenges though.

“There are no breaks (in the season), every game will challenge us and give us the opportunity to find out who we really are as a team,” said Crooks.

The Spartans will be kicking off their season at home tonight and will be the first official varsity athletic event on campus for the season as the faceoff against Ohio Wesleyan at 7:30 at DiSanto field.