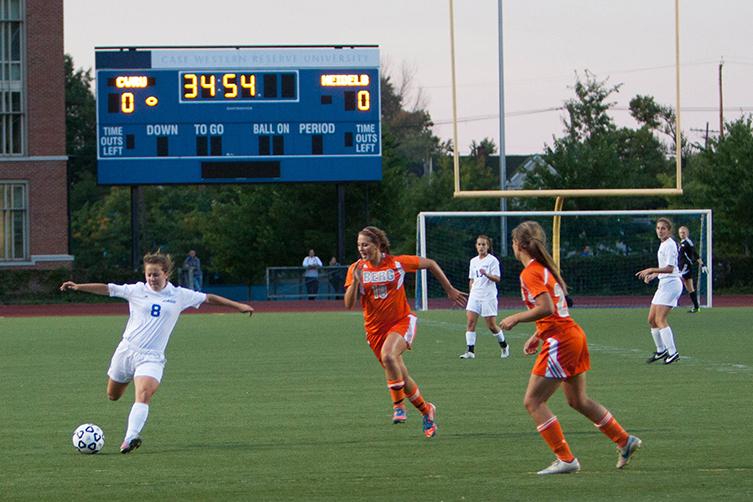 The Case Western Spartans Women’s Soccer Team easily beat Heidelberg in Friday’s home opener by a score of 3-0. The Spartans were led by number seven, Jessica Sabers . Sabers scored the first goal of the game in the 18th minute off an assist by Kiley Armstrong and then assisted on the Spartans third goal scored by Rachel Hammond in the 72nd minute. Senior captain Leah Levey also added a goal of her own in the 36th minute. The Spartans dominated the first half Heidelberg was unable to create any steady attack. Heidelberg charged back in the second half but were no match for the Spartans defense and were shut out. The Spartans dominated with 32 shots to Heidelberg’s four. Case Western advances to 2-1 and looks forward to the game against The College of Wooster at home on Tuesday Night.