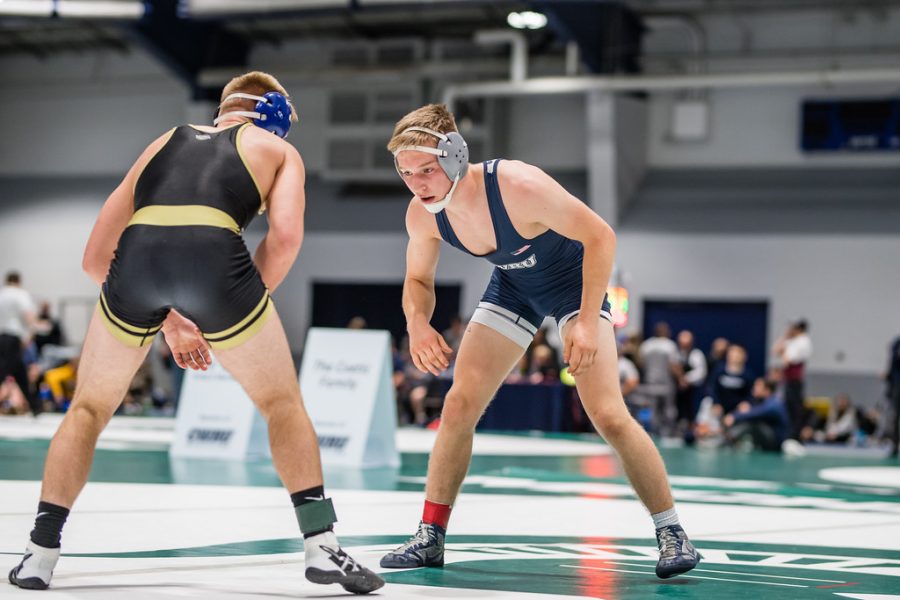 The last time the Spartans and Tomcats met on the mat, the Tomcats walked away victorious. This time, the Spartans were out for blood.

After the Tomcats snagged an early 11-point lead, third-year Brian Kent helped put the Spartans on the board with a 3-1 decision over Thiel College’s Gage Gladysz. Still trailing 11-3, the Spartans continued to mount a comeback and took a 15-11 lead after back-to-back pins from CWRU second-years Grant Robinson and Adam Kates. Robinson’s pin over the Tomcats’ Gavin Colligan closed the gap considerably by putting six points up for the Spartans, whereas Kates’ pin over Thiel College’s Brynen Kisiel put the Spartans in front with another six points.

The Tomcats retaliated and reclaimed the lead by adding nine points to their score with a major decision and tech fall against the Spartans. Down 20-15 and refusing to go down without a fight, fourth-year Andrew Hoover added another six points to the Spartans’ score with a quick and successful pin over the Tomcats’ Hunter Martz. Thiel College answered with a major decision in their favor, taking a 24-21 lead as the two colleges prepared for the final bout of the dual match: the Spartans’ Isaac Collier versus the Tomcats’ Jake Longerman.

Desperate to earn their first victory of the season, fourth-year Collier went into his match carrying the weight of the team on his shoulders. Having previously earned a win against Thiel when the two teams faced each other last season, expectations for Collier were high. He needed to live up to that performance from last year in order to push his team to victory on that fateful Wednesday.

Collier made sure to cement the comeback win for CWRU with a powerful show, decisively pinning Longerman flat on the mat in just a minute and 19 seconds. After three lead changes, the Spartans finally rejoiced with their 27-24 comeback victory, marking their first win of the season just ahead of the team’s senior night. Reinvigorated and with a boosted morale after the victory, the Spartans prepare to host Ohio Wesleyan University and Otterbein University on Wednesday, Jan. 15.