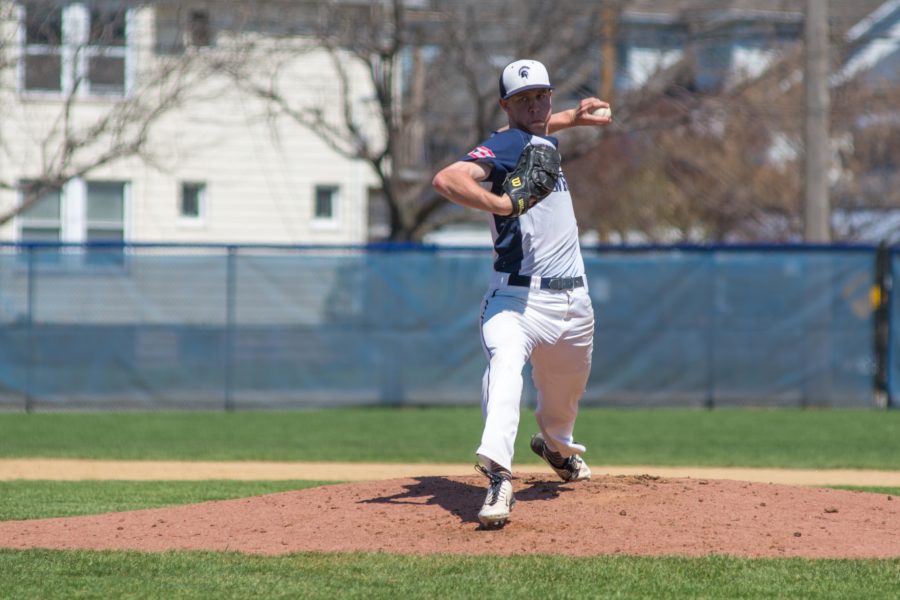 Winning six games in a row is always a good thing; the Case Western Reserve University baseball team has recently done just that.

Starting with two wins over Washington and Jefferson on Thursday, April 14, followed by two wins at Wooster on Saturday, April 16, a third win over Wooster on Sunday, April 17, and a win over John Carroll University the same day, the Spartans’ record increased to 22-12, including 14 wins in their last 17 games.

It has been the warm weather that finally brought the hot streak, and second-year infielder Alex Capetillo has some thoughts on the streak, and said, “It’s good to be on a streak at this time in the season. We know playoffs are right around the corner and if we keep beating good teams, then we’ll have a chance to make it. You can feel the positive energy in the dugout, and we all know how close we are to our goals. Everything seems like it’s falling into place in the lineup and on the field so it’s a really good feeling.”

There were countless highlights from the 6-0 stretch, but a few players especially stood out. Third-year outfielder Aaron Cain hit 0.577 during the six-game stretch, enough to garner himself University Athletic Association Hitter of the Week honors. His 15-for-26 stretch included two doubles, three triples, nine runs, seven RBIs and four steals in four attempts. In one of the Saturday contests against Wooster, Cain found himself with a five-for-five day at the plate.

Three players were able to leave the yard in this six-game stretch for the Spartans: first- year shortstop Rocco Maue, with his first collegiate homerun; second-year first baseman Daniel Watson, his fourth of the season; and first-year infielder Mike Najmowicz, his third of the season.

First-year righthander Mark Gross pitched a career high eight innings on Saturday to emerge victorious against Wooster 5-4. First-year lefthander Corey Brown picked up his first collegiate win on Sunday in a 5-1 win over Wooster. These players and the team’s many more successes are why the Spartans have found themselves on this long winning streak.

As the end of the season nears, Senior Day at Progressive Field approaches on April 26. While admission is free, fans do need a ticket for entry, so get those now to support the six Spartan seniors: Eddie Abramson, Neal Krentz, Lee Penzarella, Tyler Schovanec, Connor Tagg and Zack Tobias.

The team always looks forward to the game at Progressive Field. Capetillo said, “The Progressive Field game is one of my favorite games of the year and I think that goes for most people on the team. Playing in that kind of environment and playing for our seniors is really exciting. We expect good weather for it this year, and it should be a lot of fun.”

Coming down the stretch, the Spartans will need the little things to come together for them to finish as strongly as possible. They certainly will be prepared for the end, as Capetillo added, “Coach Englander is always pushing us to get better. We’re on a good roll right now, but we have a long way to go. A lot of practices have been focused on situational hitting to manufacture runs as quickly and efficiently as possible. Defensively we need to limit our errors and be strong for our pitchers.… We are one of the best base-stealing teams in the country so we hope to be number one in that category by season’s end.”