Spartans bring down a giant 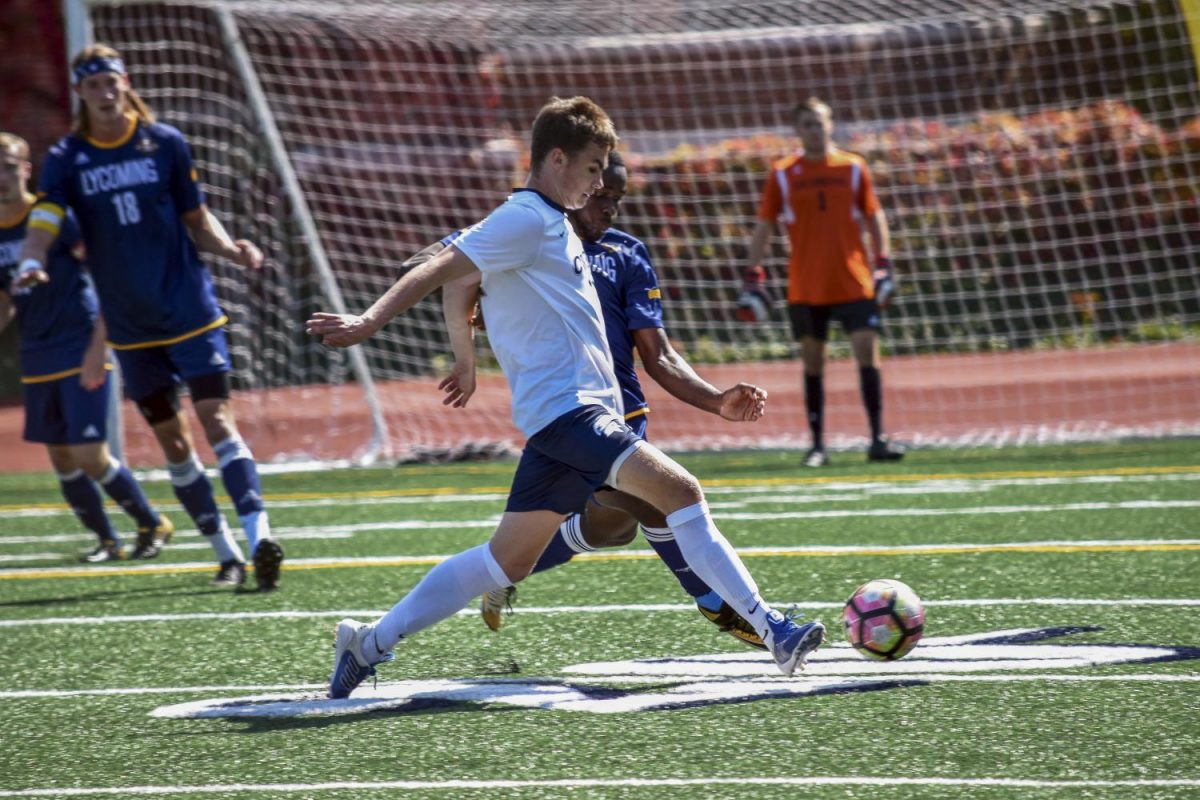 The Spartans upset Lycoming College, one of the best teams in the country, at DiSanto Field.

As many of us have learned from video games, it is often not the boss that kills you, but the small helpers that come along the way that finish the job. The Case Western Reserve University men’s soccer team suffered a similar fate this past week, losing two matches away but winning the one at home against No. 4 Lycoming College.

Throughout the game, the two teams were only off by one shot, with the Battling Bishops leading the Spartans by one. However, CWRU took the edge in shots on goal with a 6-5 advantage. The single one-up that truly mattered in the end, though, was the 1-0 goal difference that Ohio Wesleyan had over the Spartans since midway through the first half. CWRU went to a 3-3-1 record on the season, and Ohio Wesleyan improved to a 4-3-0 record.

The Spartans’ defining trait this year is their resilience. Every loss the team has suffered this season has been followed up with a win. This past week was no different.

Back on DiSanto Field, CWRU hosted the No. 4 Lycoming College Warriors. The other two nationally ranked teams that the Spartans have faced this season were also both at home, and both were fairly close. This game proved to be no different.

The only goal of the game was scored by second-year midfielder Zachary Senft.

Just over twenty minutes into the game, Senft had control of the ball on the far side of the field, and no defenders in front of him. He sprinted with the ball, making it into the penalty box in only seconds. Once there, he turned inside toward the goal, where he was met with three defenders.

He wasn’t going to be able to dribble through them, so instead he started dancing around with the ball and faking out the defender directly in front of him. After some of this fancy footwork, Senft drilled the ball into the goal and scored just past the goalkeeper. The crowd loudly cheered for a moment and clapped, and then the teams slowly recouped toward the middle of the field.

The Warriors would end the game with a strong 20-14 advantage in shots, but none of their efforts would matter. The Spartans would walk away with a 4-3-1 record and the pride of defeating a nationally ranked team on their home field.

Then again, the Spartans went away from home to take on Kenyon College on Sept. 26. Kenyon’s defense proved too much for CWRU, as the team was only able to get in eight shots. Meanwhile, the Spartan defense wasn’t able to keep up. Kenyon scored a goal in the first 10 minutes, and would go on to have a total of 24 shots in the game. Despite the lopsided stats, the entire game was gritty and contested, neither side backing down for even a moment. Unfortunately, the Spartans walked away with a 1-0 loss.

The Spartans now have a 4-4-1 record as they look ahead to this coming weekend, where they will have the home field against No.13 Brandeis University, fresh off of this most recent loss. If history is anything to go by, then it will be CWRU walking away with a win.