Spartans capitalize with win over Wooster 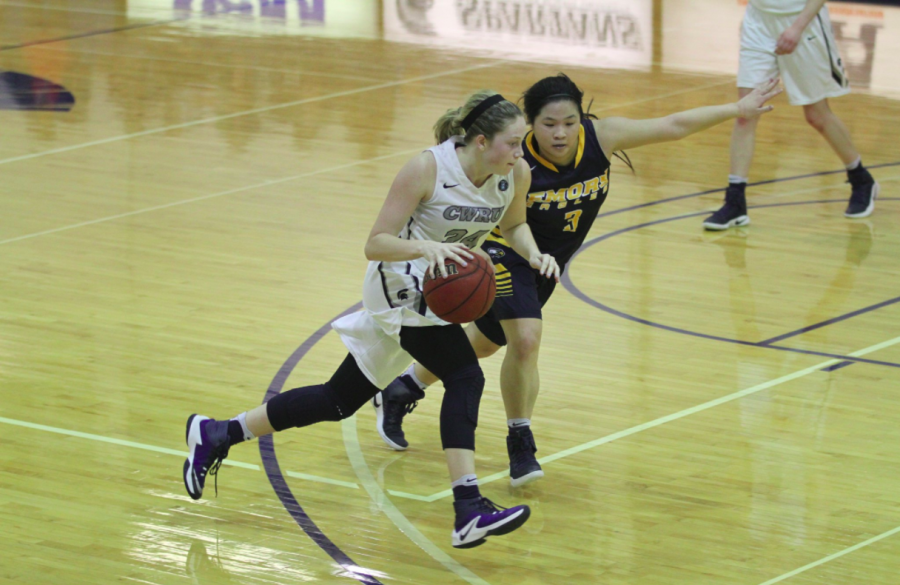 The women's basketball team defeated the College of Wooster in a home game on Dec. 2.

The Case Western Reserve University’s women’s basketball team travelled to Ada, Ohio to play against No. 15 Ohio Northern University. The team dropped the game 88-49 but returned home to put up a dominant fight over the College of Wooster Fighting Scots, boasting a 86-54 win.

Entering the cave of the Polar Bears, both teams started ice cold in the first quarter with a combined 7-for-31 (22.6 percent) shooting performance from the field. Ohio Northern managed a 12-5 lead by the end of the period. Second-year returning guard Alicia Marie Gonzales and first-year rookie guard Emily Todd each made a 3-pointer in an attempt to trim the lead, but the Polar Bears extended their lead to 14 by the end of the first half, 29-15.

Unfazed by the huge lead, third-year veteran forward and guard Hillary Hellmann exploded for 15 points in the third quarter in order to help the Spartans come back in the game. However, her efforts were not enough, as the Polar Bears went on a 22-2 run in the fourth to ice the win.

“We were not focused defensively…when our defense is not as strong, so the [offense energy from playing good defense did] not come through,” said first-year rookie forward Megan Shanosky.

An all-time low led to an all time high, and the team bounced back against Wooster.

The Spartans took the lead in the first quarter with a free throw by Gonzales at the five minute mark and maintained the lead throughout the entire game. Starting the second quarter with a 9-0 run, CWRU extended their lead to 16, and ended the half with a 44-30 lead. Todd had 13 points at the half and McConico added 10 points.

“Everyone really stepped up this game…everyone cheered for each other,” said Shanosky.

The team’s largest lead was 33. With a 46.2 percent team field goal percentage and just 54 points allowed, the game was the Spartans’ best showing of the season. The team’s strong post defense allowed the opposing starting forwards to shoot 3-for-17 (17.6 percent) from the field.

Todd led the team with 19 points including an accurate 5-for-9 shooting on 3-pointers. McConico finished the game with 16 points while Shanosky and Hellman each added 10 points. Ten players scored points for the Spartans.

“Coach is always telling us to use all of [our] energy in the tank…our hard work is now showing. With eight freshmen [on the squad], we’re a pretty new group, now we’re all getting it together,” said Shanosky.

Shanosky cites Head Coach Jennifer Reimer’s passion for the game as the spark for upping her game. Reimer has been encouraging the Spartans to keep on working hard and to not feel discouraged when things don’t go the right way, according to Shanosky.

The Spartans look to carry their new-found energy at home in a game against Kenyon College on Friday, Dec. 8 at 7 p.m.