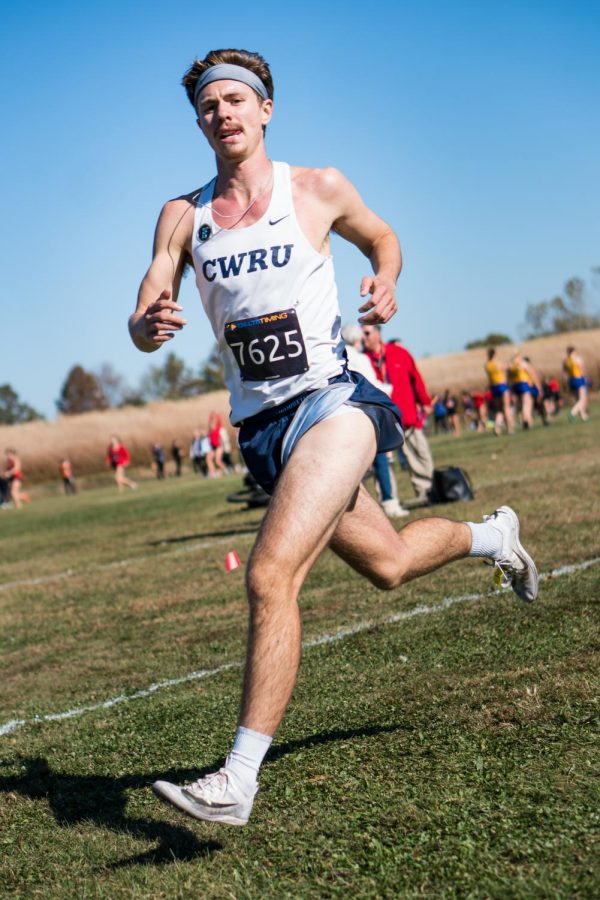 While much of campus traveled home for fall break, the Case Western Reserve University men’s and women’s cross country teams journeyed to the Inter-Regional Rumble, hosted by Oberlin College. This was the last race of the regular season and the best indication of how teams will perform in the postseason. There were several nationally-ranked teams racing at Oberlin. Despite the tough competition, the men’s team finished an incredible third out of 39 teams.

Leading the team to such an impressive finish was captain Trey Razanauskas, who crossed the line first out of all 339 runners. Razanauskas ran a new personal best, finishing the eight-kilometer course in 24:36:7. Coming in second for the team was fourth-year David Hall, with a time of 25:09.4. Next to score was first-year runner Jack Begley, who finished No. 30 while running a 25:18.7. Close behind Begley was Yoshmar Pinal-Alfaro, with a time of 25:22.9. The pair ran both season and personal bests at the race, which suggests a promising postseason for them and the team. Following Pinal-Alfaro was second-year Spencer Weigand, who finished No. 41 with a time of 25:32.4. The freshman duo of Robert St. Clair and Joe Jaster, who finished with times of 25:44.9 and 25:47.8 respectively in the varsity race. Dmytro Blundell finished behind St. Clair with a time of 25:53.3, and Alex Loeper and Eric Rachita followed Blundell, with times of 26:10.7 and 26:13.0.

Coming off of such an impressive finish, the men’s team jumped nine spots in the national rankings, going from No. 29 to 20. Regionally the men remained fourth. This was a good weekend for the Spartans, but there still may be more to come. The team is coming together and finding their stride, and the UAA’s should be an excellent indicator of how CWRU performs among some of the top teams outside our region, many of whom we will likely see again at the national meet.

The Spartans race again at the UAA conference meet hosted by Carnegie Mellon University in Pittsburgh.