Spartans defeat rival Tartans to start out the new year 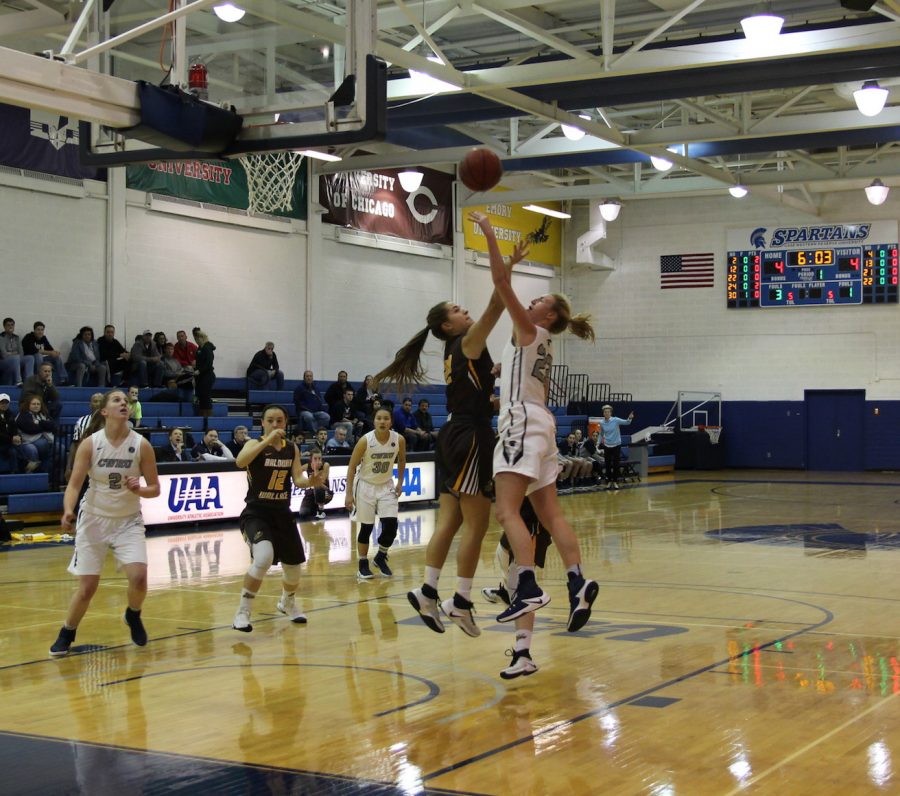 The Spartans had a solid winter break, winning one of the biggest games of the year. The Case Western Reserve University women’s basketball team played three games over break, all of them away from Cleveland. The Spartans came out on top in two of the three games over break and now sit on a 10-4 record for the season.The first game came on Jan. 7 against the rival Carnegie Mellon University Tartans. Following that, the Spartans played against the New York University Violets on Friday, Jan. 13. Finally, they took on the Brandeis University Judges.

Starting off the new year, CWRU went to face the Tartans in Pittsburgh, Pennsylvania. The Tartans, then ranked as the 10th best team in the country, were the first ranked team to fall to the Spartans this season.

Second-year guard Hillary Hellmann broke her previous points record of 31, which was set earlier this season, as she scored 35 points on 12-for-21 shooting. Despite the stellar performance from Hellmann, the game’s leading scorer was the Tartans’ Lisa Murphy with 37 points. On top of her 37 points, Murphy also pulled down 16 rebounds, doubling the rebounds captured by CWRU’s top rebounder and third-year forward, Kara Hageman. Despite Murphy’s dominating performance on both ends of the court, the Spartans’ team effort pushed them forward as they went on to win 87-78.

After defeating their rival, the Spartans went on to face another University Athletic Association challenger in New York. Against the Violets, Hellmann led in both points and rebounds. She scored 19 points on 6-for-9 shooting and pulled down seven rebounds. In addition, she stole the ball three times, giving her team extra possessions and demoralizing the opponent. The Spartans went on to win again, this time by a sizable 27-point margin, 79-52.

Rolling with a three game winning streak, the Spartans went to Waltham, Massachusetts to play at Brandeis University. Despite scoring 22 points, Hellmann did not lead her team in points. Fourth-year guard Jess McCoy led the Spartans in points and rebounds, with 24 and 11 respectively. Both tallies were season highs for McCoy. Although Hellmann and McCoy scored a combined 46 points, the Judges had the final say, coming out on top 81-69 and breaking the Spartans’ streak.

Having had such a strong performance over the break, Hellmann still keeps her head in the game and puts the team first. She said, “Honestly, I don’t think that anyone on our team really focuses on stats going into the game…. We are all just thinking about playing our best to get the win.”

Hellman attributes the team’s success to high-quality practices. She said that it was thanks to the team doing “a great job of coming [to] practice everyday prepared and focused.” She went on to say that in practice her teammates are “competitive with each other” and “are able to laugh about” their mistakes, which she says makes “the process that much more enjoyable.”

The team comes back home tonight to play Emory University. Despite the loss against Brandeis, the Spartans are excited for another chance to earn a victory and continue with the team’s winning ways.