Baseball looks climb back above .500 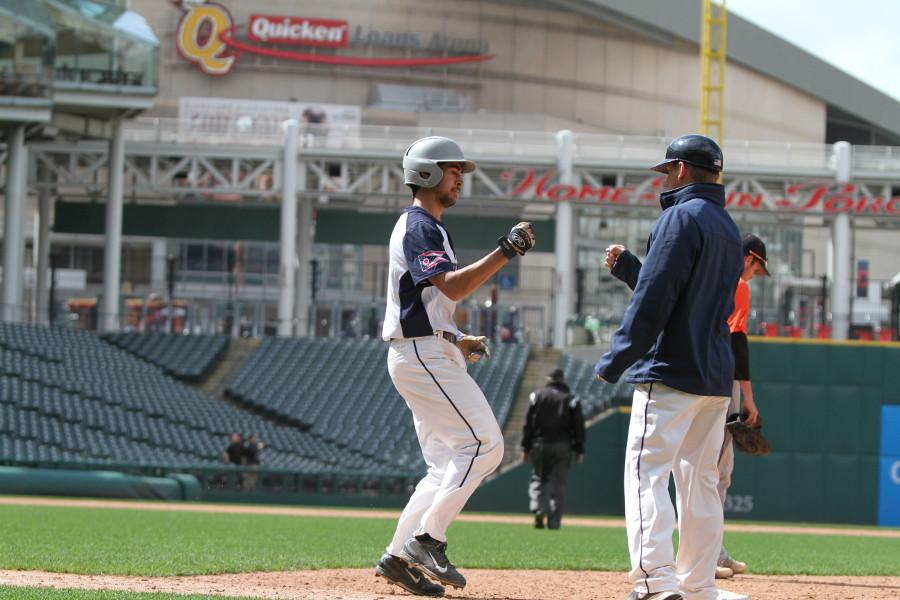 The Spartans struggled this weekend dropping both games, including being shutout against Marietta after only getting one hit.

This past weekend saw a talented pitcher on his game throwing a complete game shutout.

Sadly, it was not for the Case Western Reserve University baseball team, but against them, in a 1-0 loss to Marietta College; the Spartans were only able to manage one hit against Christian Herstine. They played two games this past weekend, also dropping a game by a score of 6-4 to La Roche College.

One of the captains, Jake Shields, had some words to say about the tough matchup with the dominant Herstine. “Every once in awhile we face a guy who just has our number that day … Our guys definitely responded in the right way and we will be ready in the future.”

These two losses dropped the Spartans to a record of 8-9 on the season. The game against La Roche featured a few strong hitting performances by the Spartans, including a three-for-five performance from a locked in third-year outfielder, Tony Damiano.

Second-year second baseman Alex Capetillo and third-year catcher Eric Eldred were each able to add two hits to the team’s performance. Two La Roche runs in the bottom of the eighth inning proved to be the difference in the final score, as CWRU was not able to take advantage of five errors from the La Roche Redhawks. Despite a few struggles, Shields was not too discouraged from the performances. “We played well this weekend all around. We only gave up five earned runs, had quality at bats, and played the field very well,” he said. “We could’ve done a few little things better and [we] caught a few bad breaks, but hey, that is baseball.”

The team’s play is coming back to campus March 25, as the Spartans will host University of Pittsburgh at Greensburg at Nobby’s Ballpark, more affectionately known as the Nob. It is slated for a 3:30 p.m. first pitch on the day this paper is released, so be sure to head over and root on the boys.

Great fan support and a home game should be the key to starting off a nice streak for the Spartans. Shields added, “We need to start a winning streak and that starts with winning the first game. We are talented and focused on the task at hand. We aren’t looking ahead to the next game until we win the first one.”

His mindset will assist the team this weekend they surely will be able to perform at their best with the support of their Spartan family.