Spartans drop final match at Rochester, miss out on NCAAs 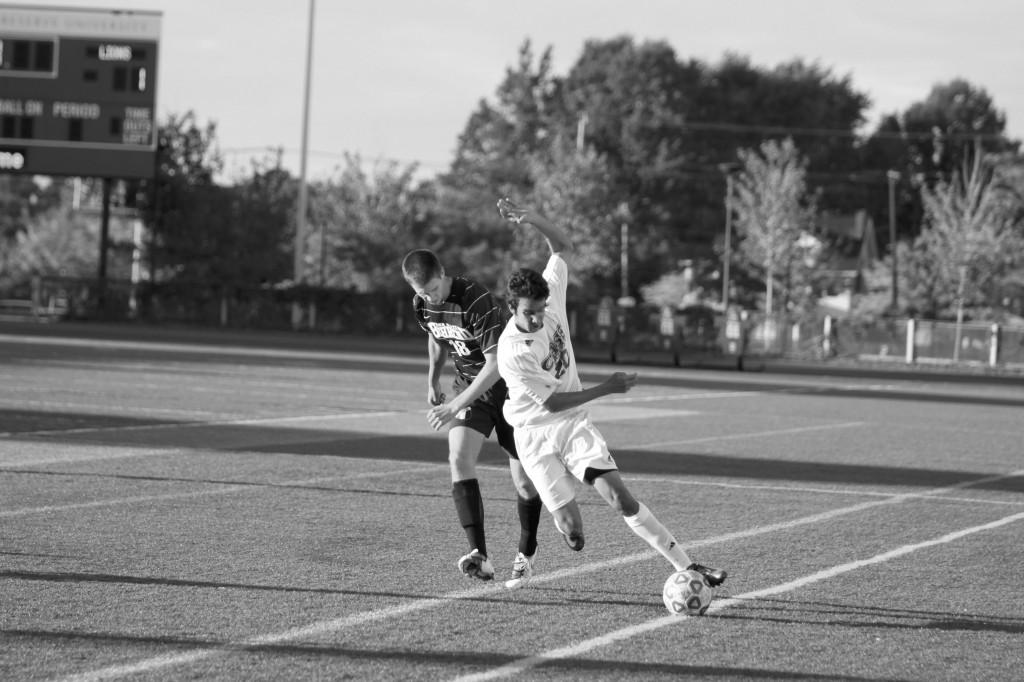 The Spartans dropped their final game of the 2010 season to the University of Rochester Yellowjackets last week. Rochester dominated on their home field, and scored four goals to CWRU’s zero. In the tiebreaker for 4th and 5th place in the UAA, the loss switched the Spartans to fifth place and Rochester to fourth. The Spartans can boast an improvement in their overall and UAA records from last season, however. The Spartans finished 3-4 in the UAA conference, a three game improvement, and 10-6-3 overall with another three-game improvement.

Despite the overwhelming score the line the game was much closer than it seemed, with the Yellow Jackets scoring half of their goals as time dwindled down.

The loss knocked the Spartans out of postseason contention, one of the team’s priorities coming into the season. A berth in the NCAA Division III Championship would have been all but certain if the Spartans could have knocked off D3soccer.com’s No. 21 Yellow Jackets.

The Spartans held on throughout the first half, but the offense just could not connect, and the Spartans only got a couple of shots off. The Rochester offense, however, came out attacking, and with a few narrow misses and a stellar diving save by CWRU keeper Ben Yabrow the score remained 0-0.

In the 42nd minute, Rochester freshman Max Fan found the ball after a header off the throw-in and blasted it into the top right corner. With fewer than three minutes left in the half, the Spartans were unable to even the score, and the half ended 1-0.

Through the beginning of the second half, the Spartans showed little action and didn’t get a shot off until the 76th minute of the game, where Rochester keeper Mike Moranz stopped it short. On the other side, the Rochester offense dominated; a scoring burst was initiated after a low shot ten yards out by Rochester’s Chris Bliven got past Yabrow. Rochester then finished off the half with back-to-back goals in the 84th and 88th minute of the match. Rochester’s third goal came from Steve Welles after a cross from Bliven, and the fourth goal resulted after a cross from Fan to Jacob Findlay, scoring his first goal of the season.

The Spartan offense only attempted three shots in the second half and was outshot 20-8 in the entire match. The Spartans also trailed in corners 7-3. Yabrow remained busy at the goal, having to face 20 shots the entire game, but managed to record 4 big saves for the day. On the other hand, Rochester keeper Mike Moranz only faced one shot in the game and came up with the save.

This loss ends the Spartan’s 2010 season and gives them an overall record of 10-6-3. The win for Rochester, however, earned them fourth in the UAA conference, and they were awarded a bid to the prized NCAA tournament. The Spartans had a great winning streak at the end of the season, but weren’t able to finish in the final game to extend their season a bit longer. The Spartans have made great improvements this season, however. The three wins in the UAA this season is three wins more than last year, and this also improved their overall record by three games.

As this was the final game of the 2010 season for the Spartans, it is also the final game for the senior Spartans: Jordan Fox, Aaron Lucas, Alex King, Elliot Fishman, Phil DeBauche, co-caption Ryan Michols, and Mikey Scmid. No one expected this season to end so soon, but these seniors have had a great four years of soccer.