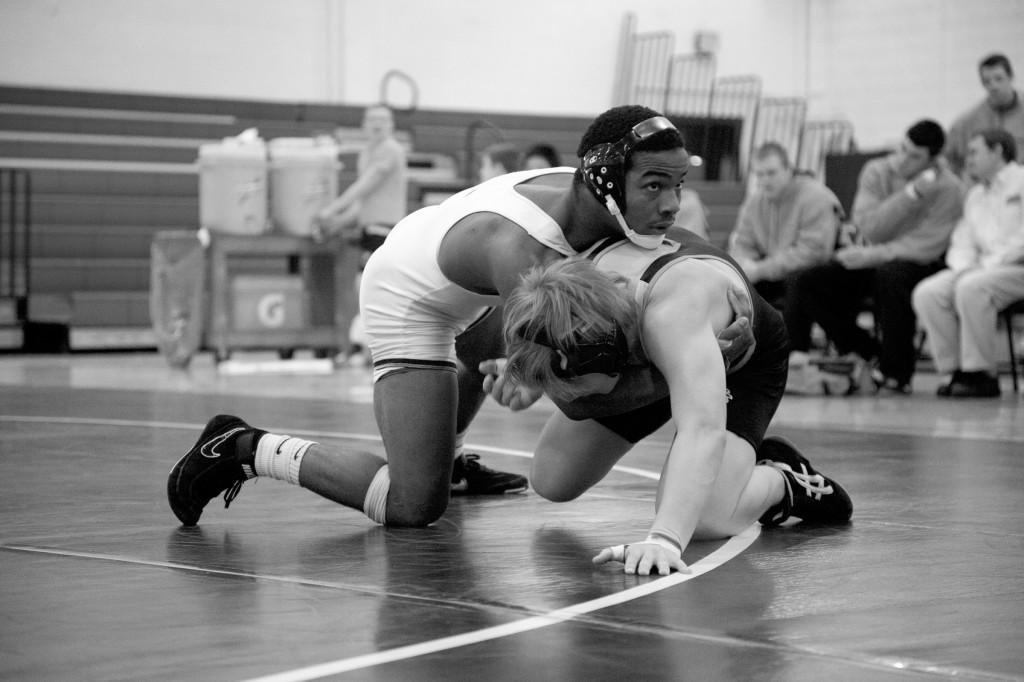 The Case Western Reserve University wrestling team opened up dual meet action last weekend by hosting the Yellow Jackets of Baldwin Wallace College. The Spartans lost 31-15 in one of only two home matches all season. Regardless of the score, head coach Bob Del Rosa was impressed with the performances and excited for the season.

Case Western Reserve came into Saturday’s match ready to go. The previous weekend the Spartans competed at the Messiah College Invitational. The invite included some impressive individual performances, including a win in the 149-pound weight class by junior Issac Dukes, and a team finish of 6th out of nine teams. The invite showcased some impressive competition, including Saturday’s opponent Baldwin-Wallace.

The cross-town rival Yellow Jackets made the quick trip over to Horsburgh Gymnasium Saturday afternoon. Baldwin-Wallace and Case Western Reserve have a rich wrestling history, and typically face each other early in the season, either in a dual meet or a quad meet. Baldwin-Wallace won the last year’s dual meet 34-13 when they hosted the Spartans. They perennially bring a good squad of wrestlers and always provides a good challenge for the Spartans.

Case Western Reserve had two winners on the day. Dukes won by technical fall over Baldwin-Wallace’s Daniel Huffman 21-2, scoring key points for the team score. This was Dukes third technical fall so far this season. Dukes, the defending NCAA Division III National Champion, performed exceptionally well in the beginning of his already dominating season. The win Saturday kept Dukes undefeated on the season with a 5-0 record.

Sophomore Evan McDowell also got an individual victory on the day, defeating Tim Hamm 10-2 in the 157-pound weight class. McDowell overpowered Hamm, wrestling on top for the majority of the match. McDowell improves his individual record to 3-1 on the season with the convincing victory. After a decent outing last season as a freshman, McDowell is beginning to blossom into strong form this season.

Overall, BW overpowered the Spartans in fairly close matches. In the 197-weight class, Joseph Georgian defeated sophomore Peter Heggs 7-3. Heggs stayed very strong throughout the match. Near the end, Heggs was taken down on his back, and could not recover leading to the decisive points for the Yellow Jackets. The close decision could have swung the other way and given Case Western Reserve the advantage in the match.

The Spartans also had to wrestle up in a few weight classes. In the 174-pound weight class, sophomore Ben Kirsch wrestled up to face Baldwin-Wallaces’s most dominant wrestler Andrew Scavuzzo. He was pinned just one minute and 39 seconds into the match. Junior Kurt Jensen also wrestled up in the 165-weight class, losing to senior Korey Loenhard 17-7

The relatively young Spartan team is looking to the future. With 4 starting freshmen, the young wrestlers are taking time to learn the ins and outs of collegiate wrestling. Freshman Frank Hu wrestled very competitively in the 125-weight class. Going into the third period, the score was tied 2-2. The experience of BW junior Jeremy Dombrady gave him the advantage, as he was allowed to score 7 pts in the 3rd and defeat Hu in a close match.

In the 141-pound weight class, Baldwin-Wallace’s Grant Steward defeated freshman Brian Snyder 13-6. Again, the experience of the junior Steward came in the form of several points in the late period. Del Rosa believes that as the season goes on, the young wrestlers will learn how to pace the matches, and be able to finish strong in the late periods.