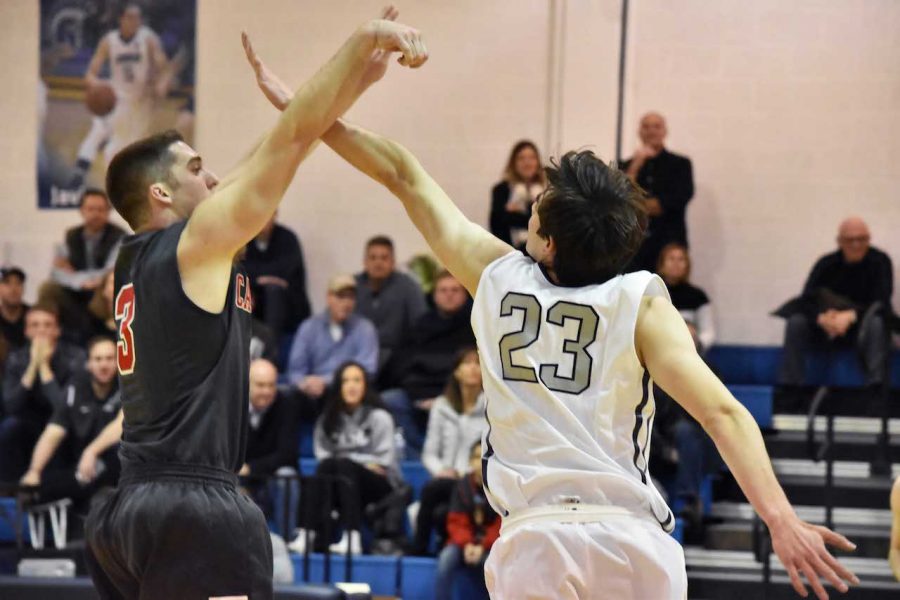 The Spartans ended their season with a 10 point loss to Carnegie Mellon University. Overall, they finished with a 8-17 record, including a 3-11 mark in the UAA.

The Case Western Reserve University men’s basketball team played their final game of the season last Saturday against Carnegie Mellon University (CMU) in what was also Senior Day for the team. The Spartans looked to honor the only fourth-year student on the team, Javier Alvarez.

Alvarez finished his last season with averages of 10.3 points, 4.6 assists and 2.0 steals per game. He earned an All-University Athletic Association (UAA) honorable mention for his year-long contributions. Head Coach Todd McGuinness had nothing but praise for Alvarez.

“Javi [Alvarez] did a great job with the freshman …. He provided leadership in tough spots, and he didn’t let the team quit all season,” he said.

The fourth-year guard delivered in a big way in the season finale, scoring a career-high 25 points. Unfortunately it was not enough for the Spartans to come out with a victory as they fell 79-69.

The first half saw competitive play from both teams before CMU pulled ahead in the second half, outscoring CWRU by 10 points to win the game.

The Spartans, fighting through the back-and-forth first half, managed to build an eight point lead midway through. Then the Tartans went on a 10-0 run to retake the lead with just over four minutes left to go. As the teams battled, a 3-pointer by Alvarez at the buzzer gave the Spartans a 36-34 advantage.

In the second half of the contest, the Spartans and Tartans would jockey back and forth through the first part of the half. Ultimately, however, CMU would go on a big run to build a 12-point lead with just over two minutes to play. The Spartans were unable to come back from the deficit as CMU closed out the contest.

In addition to Alvarez, third-year forward T.J. Duckett, an All-UAA First Team selection, had a solid game for the Spartans as well, recording a double-double with 13 points and 11 rebounds. The Spartans shot only 22-for-63 for the game, a 34.9 percent clip.

CWRU finished the season with an 8-17 record, including a 3-11 mark in the UAA. Despite the rough first season at the helm for McGuinness, he was optimistic about his team’s expectations and goals for the program next season.

“This program will be built on tough players that are willing to play hard. We need to keep adding shooters and more play makers,” he said.