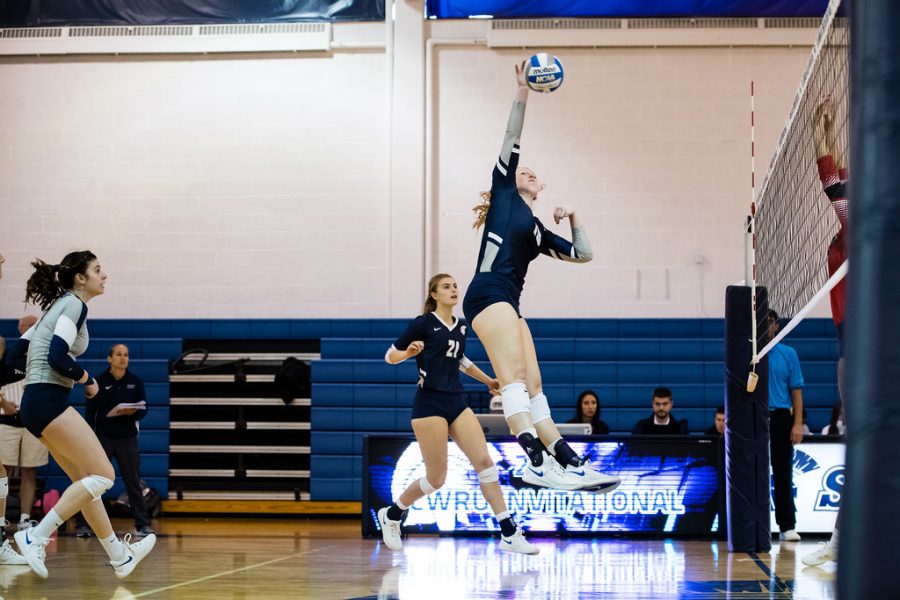 Heading into the UAA Championships, the Case Western Reserve University volleyball team is peaking at just the right time.

The Spartans have won five out of their last seven contests, including two wins on Senior Day on Nov. 2. First over the College of Wooster in four sets and then over Buffalo State College in straight sets.

CWRU jumped out to an early advantage over Wooster, easily winning the first two games. After losing the third, the Spartans bounced back to lock up the win. Fourth-year outside hitter Karley King, who has battled an injury the last couple weeks, had an outstanding game on her Senior Day, recording 16 kills with a kill percentage of .424. Third-year middle hitter Katie Kaminski added 12 kills. Third-year libero Jana Giaquinto led the team with 20 kills, and fourth-year setter Faith Ellis had herself a game with 23 assists and 16 digs.

The prior weekend, the Spartans played in a pair of five-set matches, winning the first, but running out of steam in the second. They beat DePauw University, thanks to a solid game from Lemon, who had 21 kills and 24 digs.

The fourth-year class of Ellis, King, Lemon, Sims and middle hitter Samantha Rodriguez will end their careers as one of the most experienced groups in Spartan history. The group has been the main cog in the CWRU lineup for at least the last three seasons and will leave big shoes to fill next year.

The team now turns its attention to the UAA Champions after their 11-15 regular season record. In their opening match-up, the Spartans face Washington University of St. Louis, who CWRU lost to earlier in the season. However, the Spartans have grown throughout the season.

“I like the match-up,” Head Coach Karen Farrell said. “I thought we played them very tough, and we are a lot better now than we were midseason. Our younger players are more experienced in UAA, so I think it will be a battle.”

The key to pulling off the upset starts with an effective serve-receive for the Spartans. As Farrell emphasized, the offense needs to capitalize on every chance they get, which starts with the serve-receive. She also added that blocking at the net will be influential in the outcome. Overall, they just need to minimize their mistakes and the Spartans will have a chance.