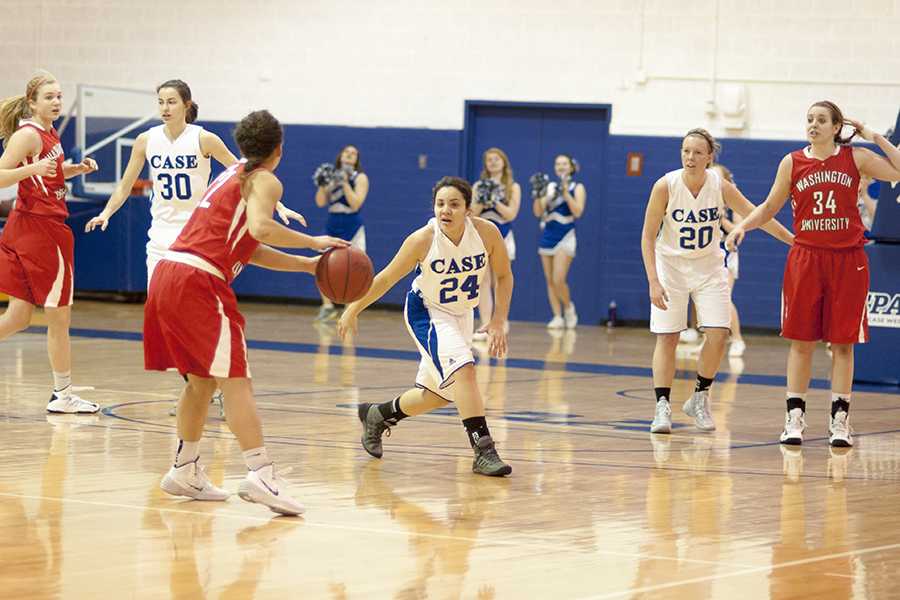 The Spartans seemingly experienced déjà vu on their road trip to the East Coast as they once again dropped two close games to the same opponents in Brandeis University and New York University.
With the losses of the weekend, the ladies drop to 7-13 on the season, 1-8 in UAA and are now sporting an eight game losing streak.

Despite the ugliness of such a streak, only one could be characterized as a blowout as the Spartans have played very well in most games especially while playing without junior captain Berit Eppard who provided significant scoring and rebounding. The Spartan’s first game of the weekend against the Brandeis Judges in Waltham, Massachusetts was no different from that trend.

Much like their game the previous week against Brandeis, the ladies started the game exceptionally well and had the game on lock in the first half. Case burst out of the gate with a 13-6 run with three pointers from Brooke Orcutt and Amanda Germer. As the half progressed, the Spartans were moving the ball well and score at ease. Erin Reynolds, Laura Mummey and Jessica McCoy led the way with seven, ten and nine points respectively en route to a 39-30 lead heading into the locker room.

But much like many past games for the ladies, the second half spelled trouble. Brandeis tightened up on the defensive end leading to numerous turnovers and missed shots by the Spartans as well as cranking it up on the offensive end. Coach Reimer’s team only mustered 19 points in the second half while Brandeis poured in 41. The Spartans went on to lose 71-58.

Sunday saw Case in Manhattan pitted against the New York University Violets whom they played last weekend in one of the most memorable games of the season where Case battled far into OT losing a heartbreaker 84-82. This weekend’s game may not have been as dramatic, but was a close and disappointing game just the same.

Orcutt, Julie Mooney and Mummey paced the Spartans with 16, 13 and 11 points respectively in the 72-56 loss that proved the Violets to again be a tough opponent. The Spartans matched up well with the Violets in the first half as they enjoyed a 4 point lead after a Mummey layup 10 minutes into the game. That lead was the largest by either team all the way up to the end of the half when the Violets rallied off six straight points to close out the half 26-33 in the home team’s favor.

The second half saw much of the same from both teams as the Spartans and Violets stayed close up until the 10 minute mark when the Violets opened up the scoring gates and with back-to-back-to-back unanswered scores the eventually led to the loss.

With the completion of their road trip, the Spartans come back to Horsburgh Gym this weekend for their last games at home versus Rochester and Emory.