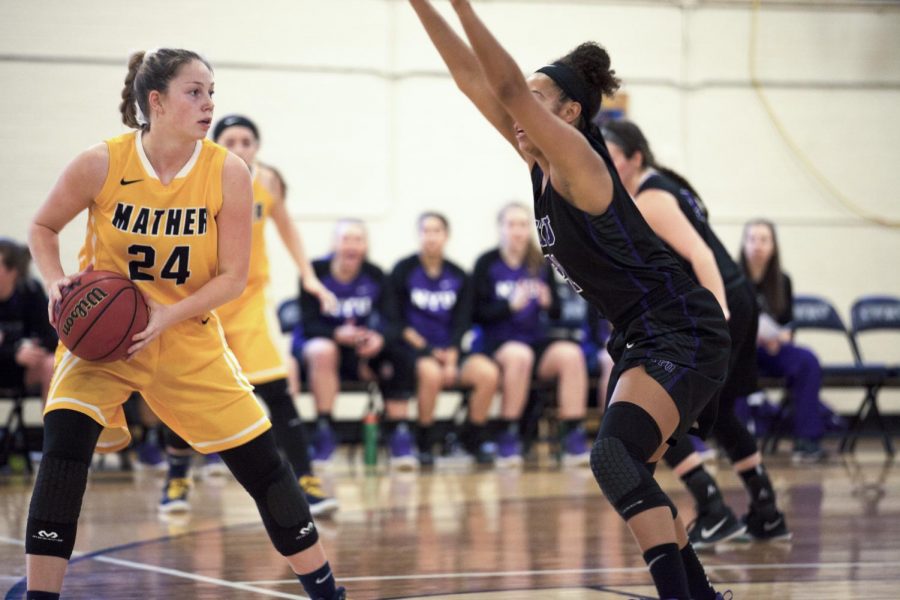 The Case Western Reserve University women’s basketball team fell to tough opponents this past weekend, including No. 19 University of Chicago 83-55, and the University of Washington in St. Louis (WashU), who holds a perfect 7-0 University Athletic Association (UAA) conference record. The Spartans still maintain a strong record of 12-6 for the season, remaining behind Chicago and Washington in the UAA standings despite having lost their last three games.

In the game against Chicago, the Maroons took the lead early with numerous outside jumpshots. The Maroons scored a three to cap off a 13-7 lead with four minutes remaining in the quarter. After a quick timeout, the Spartans managed to take the lead back with a three by first-year guard Alyssa Hyland, a layup by fellow first-year guard Abbey Lawrence and a jump shot by fourth-year guard Hillary Hellmann before free throws by Chicago ended the quarter 17-14. The Spartans struggled offensively in the second quarter, committing nine turnovers and going scoreless for seven minutes of play until Lawrence broke the ice with a three.

The Spartans played tough and kept up with Chicago, trading shots consistently. Their offense flowed better, and the team found graduate student forward Kara Hageman twice for open layups. The Spartans ended the quarter on a high note with a three by second-year guard Emily Todd. However, Chicago proved to be too much for the Spartans, as the hosts relentlessly attacked the paint and bombarded with threes, which dragged the lead out in the fourth. Hageman had 15 points and seven rebounds on 7-for-11 shooting, while Lawrence added 12 points and five rebounds.

Hageman commented on the team’s play against Chicago, “[Our] effort just wasn’t there, [we] weren’t focused, for next game [we’ll] follow coach-to drive and kick out to the open shooter, and go for the cuts that the defense gives us … the score didn’t reflect our performance.”

Determined to bounce back from the loss against Chicago, the Spartans maintained the lead for most of the first half against WashU, as both second-year forward Emma Cain and third-year guard Kendall McConico aggressively attacked the paint and drew fouls, leading the team with seven and six points respectively in the first quarter. The team maintained a consistent point lead in the second quarter, highlighted by a three from Hageman with around four minutes remaining.

McConico carried the momentum into the third quarter, making a three early in the quarter, then getting a steal on the following possession. However, opposing fourth-year guard Rachael Sondag started to heat up in the second half going 5-for-6 from three. The Spartans had no answers for WashU’s three point shooting with the Bears going 5-for-7 from deep in the fourth. The Spartans resorted to late game fouling at the last minute but were unable to tie the game.

“We played the best basketball ever this season … we didn’t play [Sondag] tight, she made a lot of deep threes, we played less as a team,” said Hageman. She also mentioned the team will close out and contest harder on WashU’s perimeter shooting next time the Spartans play them.

The Spartans will have the chance to even the score against these tough opponents with a little Throwback Weekend magic on their side, playing Chicago on Feb. 1 and WashU on Feb 3 at Adelbert Gymnasium.