Spartans look to open at Mather Field Saturday against Denison 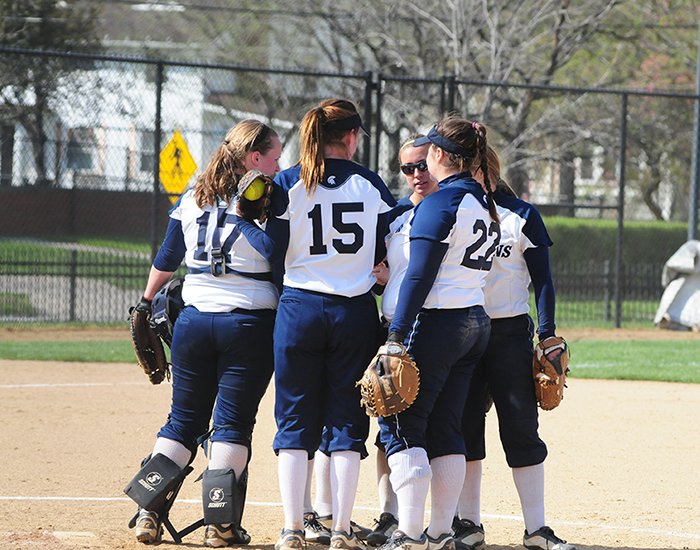 The Spartans will look to inch closer to .500 as they host their first games of the season at Mather Field this weekend.

After postponing their home opener four times so far this season, the Case Western Reserve University softball team will pray for good weather in Cleveland, Ohio as they host Denison University this Saturday, Apr. 6, at 1 p.m. The Spartans (9-12, 3-5) will take on the Big Red (11-5, 3-1) as part of a double header and will be the first games the team has played at Mather Field this season.

The Spartans have had a string of bad luck weather wise, as three possible home opener dates were canceled within one week of each other right after the UAA Championship. The Spartans would hit the road again for a pair of doubleheaders before their most recent attempt, a game against Geneva College, was canceled on Monday, Apr. 1. Right now it looks like the weather will hold off for the Spartans with a forecast for Sunday of 53 degrees and mostly sunny. Most importantly, the chance of rain is only 10 percent for Saturday, though it does increase to 30 percent on Sunday.

The Spartans will kick off their home portion of the schedule looking back to last year’s impressive 12-6 record at home. Case currently sits at 9-12 so far this season and the team will look for some home spun inspiration before a six game road trip next week.

Case will have their work cut out for them against the Big Red. Denison is currently 11-5 overall and are coming into the game on a three game winning streak. Denison has been exceptional defensively with the largest margin of defeat coming from a 4-0 loss against Allegheny College. The good news for the Spartans is that the Big Red lack fire power at the plate, run ruling their opponents just twice. Denison averages just over 4.3 runs per game but is lights out defensively, allowing just 2.38 runs per game.

The two teams matchup well offensively with the Spartans averaging 4.25 runs per game but are allowing 4.3 runs per game.

The Spartans will need to rally around their sophomore pitcher Rebecca Taylor. She has been dominating on the mound, leading the UAA in strikeouts per game with 7.30. Although she has a middling ERA of 3.76, when Rebecca Taylor is on her game, it’s incredibly hard for the opposing batters.

Further down the lineup, the Spartans get their offensive pop from sophomore right fielder Gena Roberts. Roberts leads the team in home runs with four and RBIs with 21, twice as many as the next closest Spartan. Case also has three players tied for second with 10 RBIs as freshman Erin Dreger, junior Amy Taylor, and sophomore Ashley Parello all are in the double digits.

The Big Red will be led offensively by senior Jess Robertson who is batting .391 for the season and leads the team with 17 RBI. Behind Robertson is junior Rachel Laughlin, who is second in RBIs with nine and batting average with .356.

Sharing pitching duties for Denison will be juniors Kelsey Hager and Rebecca Dyer. Both players have been exceptional on the mound and Dyer leads the team with 9.04 strikeouts per game to go along with a 1.91 ERA. Hager has an excellent 2.42 ERA and strikes out 4.31 batters per game.