Spartans look to rebound this weekend

Wrestling returns to the mat after disappointing loss to Baldwin Wallace 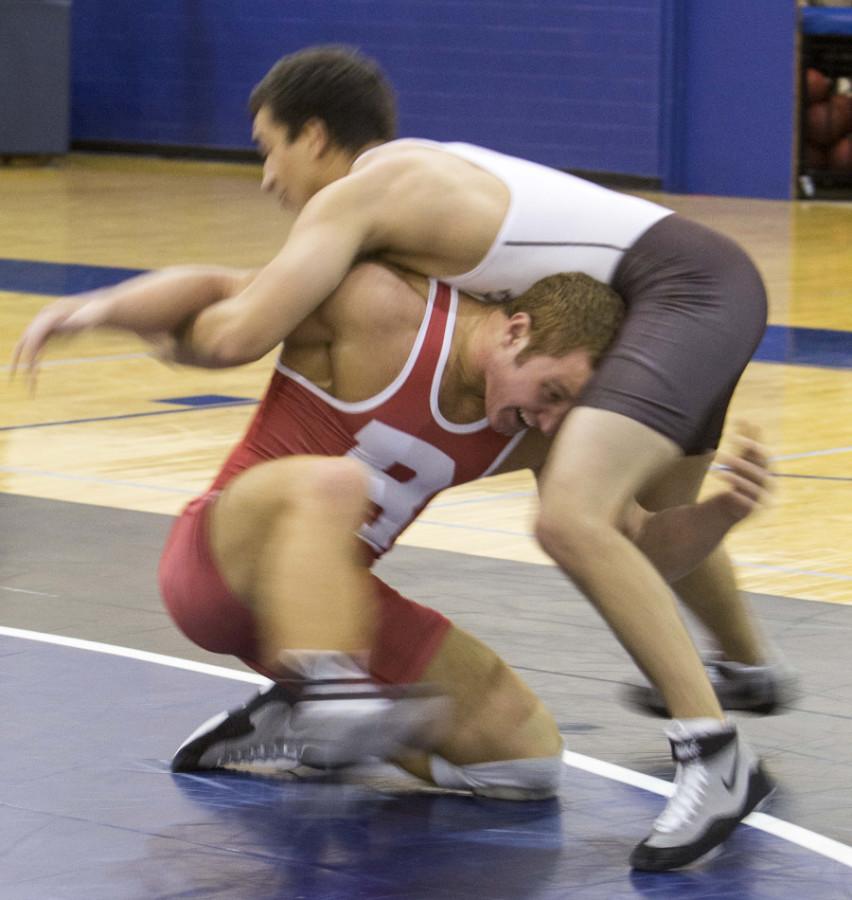 Nick Lees and Connor Medlang competed against one another in the wrestling team’s opening intrasquad meet of the season, the Spartans return to the mat on Saturday after three weeks off.

The Spartan wrestling squad has had a long break in competition. The Spartans last took to the mat in their final home wrestling meet until February on Wednesday, Nov. 19th.

The Spartans fell to the visiting crosstown rivals Baldwin Wallace University by a disappointing 45-3 in Horsburgh Gymnasium. This dropped the Spartans to 4-2 in dual matches this season, while the 14th-ranked Yellow Jackets improved to 4-2.

Freshman Aaran Gessic picked up Case Western Reserve University’s lone points with a 5-0 decision versus Zachary Taylor in the 141 lbs weight class. Gessic is a perfect 6-0 as a rookie and will look to continue the success when he returns to the mat this weekend.

The Spartans dropped the other nine weight class matchups with forfeits in the 125, 157, 184 and 285 weight classes. The 133 class saw Baldwin Wallace’s Markus Cruz take down CWRU’s Travis Alexander in the next closest matchup. The Spartans also lost the 149, 165, 174 and 197 weight classes to close out the rough defeat.

The Spartans return to competition this weekend as they travel to compete in the Rochester Institute of Technology Invitational on Saturday, Dec. 6 at 9:30 a.m. in Rochester, New York.