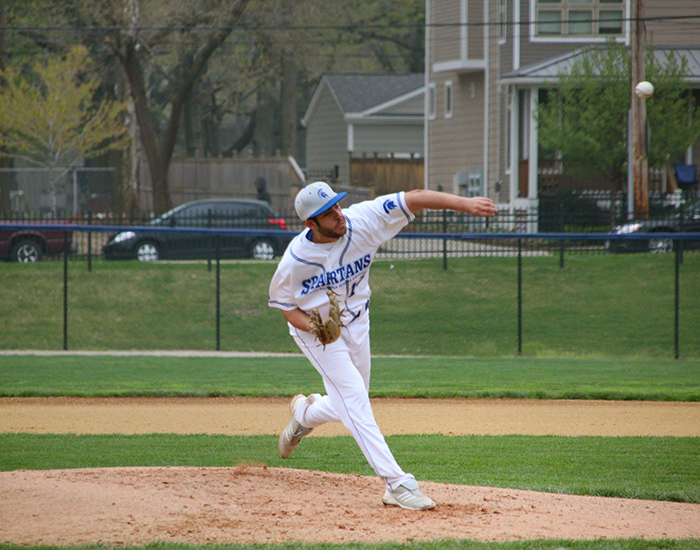 Senior pitcher Jamie Hora is 1-1 in five games started. Hora has an ERA of 3.97 and is averaging 7.15 strikeouts per game.

Case kicks off nine-game homes stand against Wooster on Sunday

After their first home opener was postponed two weeks ago, the Case Western Reserve University baseball team will open its home schedule with a nine-game home stand at Nobby’s Ballpark. The Spartans will begin the home portion of their season by hosting the College of Wooster on Sunday, Apr. 7 in a doubleheader. The first pitch will be thrown at 1 p.m. and the second game will begin at 4 p.m.

The Spartans will begin their home schedule as UAA Champions for the first time. The Spartans finished 5-3 in the UAA and shared the conference title with the Washington University Bears.

The Spartans will enter the weekend on a three game winning streak that saw the team sweep Thiel University and split with Ohio Wesleyan University last weekend. Case will hope that the squad will be able to repeat last year’s impressive 8-2-1 record at home.

Wooster enters the Sunday with a 10-6 record overall and is currently on a tear after an up-and-down start to the season. The Fighting Scots began the season 2-3, and since then have gone 8-3 and are 3-1 in their past four.

The two teams faced off three times last year, twice at Wooster and once on a neutral field. Case took the first two games 3-2 and 8-4, but the Fighting Scots would steal a 5-4 win in the teams’ final meeting.

The Spartans are led by freshman Andrew Gronski at the plate. Gronski began his rookie season unremarkably but has flourished in the past 10 games to be one of the team’s best hitters, batting 20-for-30. The recent hot streak puts Gronski at the top of the Spartans lineup with a .386 batting average and 12 RBIs.

Seniors Paul Pakan and Matt Keen have provided the brute of the team’s offensive production. Pakan is batting .360 and leads the team with 27 hits, 19 RBIs and three home runs. Keen is hitting .312 and is third on the team in hitting with 24 hits and is second with 16 RBIs and two home runs.

Case will have their work cut out for them against the explosive Wooster offense. The Fighting Scots have three starters batting above .420 percent. Sophomore Ian Vernier is batting a remarkable .462 in limited action this year. Vernier has two doubles on six hits and has accounted for three RBIs. Junior Shane Gallagher is batting .429 this season in 11 games. Gallagher has six hits and six RBIs. Sophomore Jarrod Mancine has been the team’s workhorse at the top of the lineup. Mancine averages .421 at the plate and leads the team with 24 hits. Mancine also has six RBIs and is a base running threat with six stolen bases.

The Fighting Scots also have a solid starting rotation that is anchored by senior Keenan White. White leads the rotation with an ERA of 2.45 and has an outstanding 11.57 strikeouts per game. Juniors Matt Felvey, Steve Hagen, and Kyle Koski round out the rotation and they each have ERAs of below 4.30.