Spartans return to pool with splash 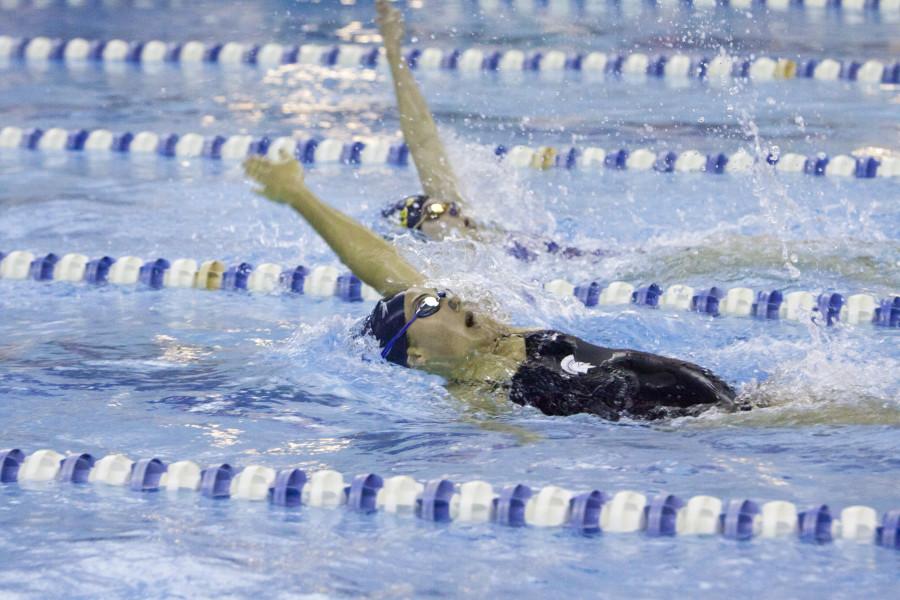 Spartan and Allegheny swimmers race to the wall in meet last weekend.

Both Spartan squads returned to the pool after nearly a month off this past weekend, as the Spartans hosted the Allegheny College Gators in the Veale Natatorium.

While gators are naturally more inclined to be better swimmers than Spartans, the Case Western Reserve University squads handily beat the visitors from Allegheny. The nationally-ranked men’s team crushed the Gators by a score of 210-70, while the women were harder-pressed but still easily floated past Allegheny’s women’s squad to improve to 3-4 on the season.

Wilson also added victories for the Spartans, swimming on teams with first-place relay finishes. She teamed up with Rebecca Pakradooni, Jennifer Eurich and Cassandra Laios for first in the 400 medley. The trio of Wilson, Pakradooni and Eurich teamed up again and added freshman Inez Moore for a impressive 1:42.28 time in the 200 free relay.

The men have now won six consecutive meets and stand as 25th in the nation.
In the matchup, a Spartan touched the wall first in 11 of 14 swimming events and swept the two diving events once again.

Aaron Tam, who was a four-time winner, led the CWRU squad, taking individual first-place finishes in the 50-yard free and the 100-yard fly, with a career best 21.17 and 51.91 times, respectively.

Tam’s other two wins were a part of the team relays first-place finishes in the 400 medley and the 200 free relay. He swam the 400 medley with senior Andrew Bollinger and freshmen John Kilbane and Oliver Hudgins, the team finishing with a strong time of 3:34.71. Tam’s 200 free team consisted of seniors Elliot Kerbel and Eric Haufler, along with Hudgins, and they touched the wall in just under a minute and a half at the 1:27.13 mark.

The Spartans jump back into the pool on Saturday for their final home matchup of the season. The squads will take on Ohio Northern University and celebrate the seniors in senior night. The competition starts at 1 p.m.