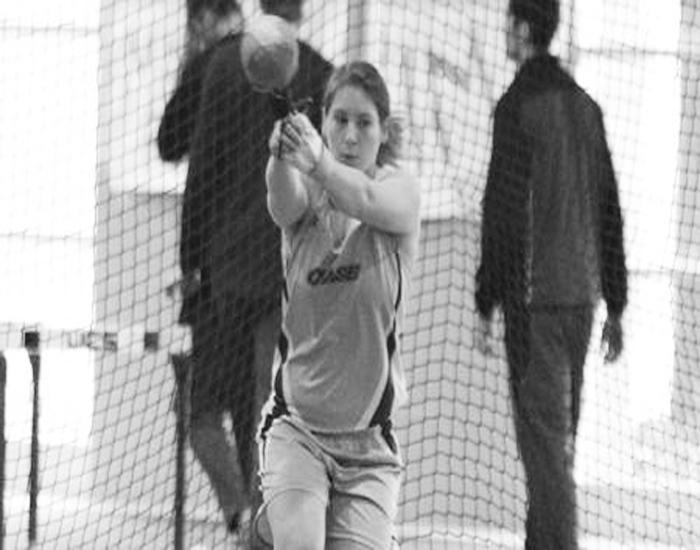 On March 30-31, the Case Western Reserve University track and field team took a select group of athletes to the Emory Track and Field Classic. Competing with 20 other teams, the men’s team fought their way to a tie for seventh place with 40 points after the second and final day of competition. The four Spartan competitors scored an average of ten points each and scored close to the top in every event. On the women’s side, the Spartans finished ahead of 17 teams to take an astounding fourth place. For a team of only six, each averaging 11 points, this was quite a feat.

Senior captains set a shining example with finishes consistently within the top two. Matthew Jurcak continued his march toward the NCAA Outdoor Championships in the 110 meter hurdles with a prelims time of 14.65 and an improved, finals-winning time of 14.61. Thia is a best time in college for the senior, according to the Track and Field Results Reporting System. The time put him in possession of the fourth fastest time in NCAA Division III Outdoor Track and Field so far this year.

Eben Via threw his way to second and fifth place in the hammer throw and shot put competitions respectively. Via was also able to post a new college best, with a toss of 174’6” in the hammer throw. Via was second only to his teammate, sophomore Harry Weintraub, who outdistanced Via by 9”.

The Lady Spartans were firing on all cylinders and made impressive achievements in almost every event, including a school record-setting relay, a UAA best throw, and an incredible NCAA best jump.

Never in the history of the school’s women’s track team has the 4×100 meter relay been run in 49.70 seconds or faster – until now. Senior Nataija Brown, senior co-captain Samantha Fiedman, sophomore Gavriella Pora, and senior Leslie Stanard broke the school record and grabbed third overall, securing six points for the Spartans. Keep your eyes open for even better performances to come; the Spartans have at least two more chances to improve upon their record-setting performance.

A case could be made for Amanda Kline, who won hammer throw, discus, and shot put, having the most impressive personal performance at the invitational. Her hammer throw of 144’9”, shot put of almost 40’9”, and discus throw of 140’3” are all season and UAA bests, putting her in a position to advance beyond the UAA Track and Field Championships in Pittsburgh, Pa.

Coming off an indoor season where she placed third overall in the nation for high jump, senior Erin Hollinger is now representing the university on the top of the outdoor high jump rankings for NCAA Division III. Not only did her jump of 5’7” crush her opponents in Atlanta, Ga., it dominated from the East Coast all the way to California. Simply put, no one has jumped higher this season.

The Spartans’ next matchup has them traveling to Delaware, Ohio for the Marv Frye Invitational tomorrow, Saturday, April 7.