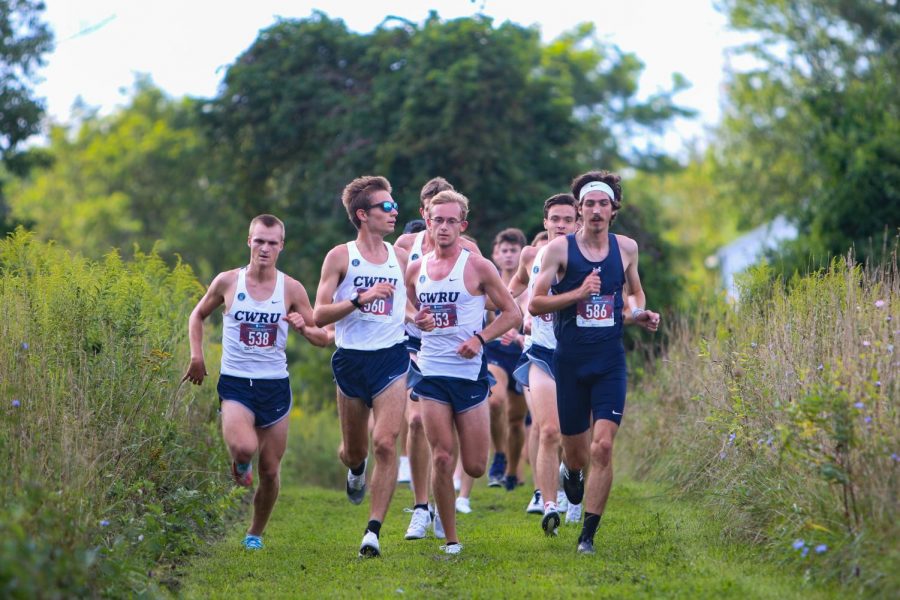 For the first time in many years, the Case Western Reserve University’s men’s cross country team has earned a preseason NCAA ranking. The preseason ranking comes from a national poll, where teams are ranked based on number of returners and past performances, among other things. The men’s team was placed 19th in the country and third in the Great Lakes Region.

The men’s cross country team competed last Saturday, Aug. 31 in Huntington Valley, Ohio at Squire Valleevue Farm. At the 2019 Sudeck Classic Stampede, the Spartans claimed first out of three teams with a score of 25. The second place finisher, John Carroll University, finished with a score of 36 points. In third place was Allegheny College with a score of 85 points.

The men’s cross country team is coached by Kathy Lanese. The 2019-2020 season marks the 18th year that Lanese has led the team. In 2018, Lanese coached the men’s team to their best finish in about 15 years at the NCAA championships. The team placed 21st overall. She also led the team to a fourth-place finish at the Great Lakes Region Championship. Three of the runners she coached, Trey Razanauskas, David Hall and Zach Roshon, received All-Region honors. Throughout her career, coach Lanese has won a myriad of awards, including the Ohio Track and Cross Country Coaches Association Coach of the Year a total of seven times, head of the UAA Women’s Cross Country Coaching Staff of the Year twice and the U.S. Track & Field and Cross Country Coaches Association Great Lakes Region Coach of the Year.

The men’s cross country team’s top five finishers placed between third and seventh place during the meet. There were 52 total competitors. Second-year Spencer Weigand was the first Spartan to finish. Weigand was selected as one of the Spartan Club Athletes of the Week along with women’s soccer player Anika Washburn. This race marked the first time in Weigand’s cross country career that he finished first out of all CWRU runners. He finished the six kilometer race in 19:34.0.

Having such a tight pack is invaluable to a successful cross country team. Not only does running as a team improve morale while racing, it also is a strategic move that improves score. A team finishing 3-4-5-6-7 beats a team that finishes 1-2-8-9-10 by five points. This bodes well for the rest of the season, as the Spartan men move on to larger and tougher competitions where a tight pack is crucial to finishing among the top teams in the country.

Next Saturday, Sept. 7, the men’s cross country team will be competing at the Knight Invite hosted by Calvin College in Grand Rapids, Michigan.

As of now, the Case Western Reserve University’s women’s cross country team is unranked nationally, but is ranked ninth in the Great Lakes Region. They won the Sudeck Classic Stampede at Squire Valleevue Farm in Huntington Valley, Ohio on Aug. 31, beating Allegheny College and John Carroll University. CWRU scored 31 points. In second place came John Carroll University with a score of 39 points. Trailing was Allegheny College with a score of 66 points.

The women’s cross country team is now coached by Kathy Lanese. It is Lanese’s 18th year with the women’s team. Lanese is currently the longest female coach with tenure at CWRU. Coach Lanese has also racked up accomplishments regarding the women’s team. She is well-known for helping Madeline Lindemann earn an all-region honors and qualify as an individual for the NCAA Championships.

Next Saturday, the women’s cross country team will be competing at the Knight Invite in Grand Rapids, Michigan along with the men’s cross country team. This is also the location of the 2019 NCAA Great Lakes Regional Meet, so this race will act as an early preview for the course. Regionals is important because the top three teams from each region secure a spot at the national meet in Louisville, Kentucky.

The next rankings come out on Sept. 18. The women’s team may rise in the rankings based on their performance this past weekend. The men may move up or down a few spots depending on their placement at the Knight Invite, but they should still remain in the national rankings.