Spartans Shut Out By Linfield 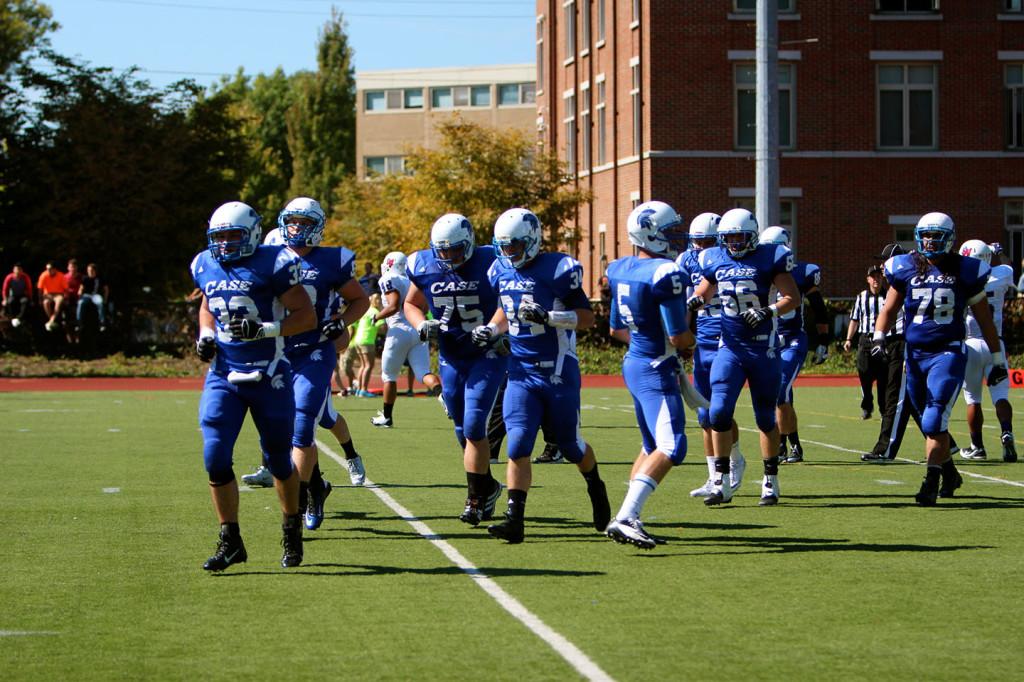 The Spartans faced nationally-ranked Linfield in a remarkably lopsided game Saturday, losing in a shutout 45-0. The loss brings their record to 1-3 for the first time during head coach Greg Debeljak’s tenure.

The Spartans struggled offensively, netting 89 total offensive yards and averaging 1.6 yards per play. Linfield’s sheer size and strength on defense held the Spartans to five net yards rushing, with 46 positive yards nearly canceled out by 41 lost. Spartan running back Kenny Riordan, whose seven carries netted negative yardage against a stone-wall Wildcat defense, said the Linfield defense was extremely tough to face, squeezing the running game. “They’re good. Everyone knows that,” he said. “The O-line guys did a great job opening up the holes, but it was hard getting through them.”

The Spartan defense was a bright spot in an otherwise dreary game, with three Spartans chalking sacks and two others putting up interceptions. “The defense played well,” said Debeljak. “We had a good game plan.”

Everett Dishong, Josh Rogers and Dayton Snyder all put in sacks while Aaron Weisberg and Gavin Sadidge turned in 12 and 11 tackles respectively. Austin Webb, after being taken out of the game with a limp, grabbed an interception and returned it for 45 yards. Despite slowing down Linfield’s offense, the defense went unassisted as the offense couldn’t get started, converting only one of 12 third downs.

To compound matters, the Spartans were plagued by injuries, with nine starters out. With two weeks before going on the road to play Puget Sound, Debeljak says the team’s top priority is healing. “There’s going to be a lot of soft contact in practice,” he said. “We’ve got to get healthy.”

The two bye weeks should offer time for the Spartans to heal up. They don’t play a conference opponent until Nov. 2, when they play Chicago at home. Their next home game is Sept. 26 versus Trinity.