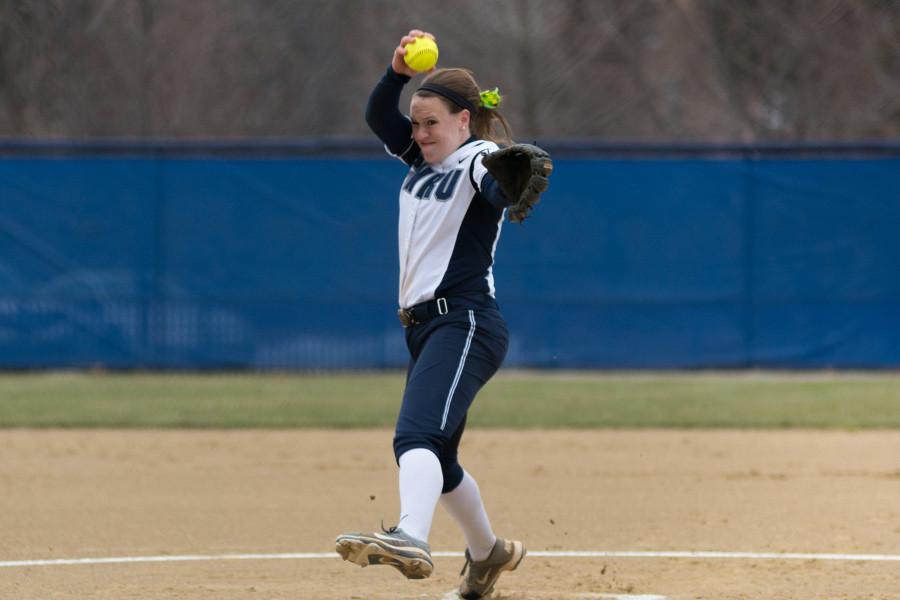 The Case Western Reserve University softball team won two key games on March 20, both in comeback fashion, against Ohio Northern College. In the first game, the Spartans won 3-2 and in the second game the team’s offense exploded in a 10-3 win. The team improved to 9-13 on the season. The wins also snapped a 1-6 stretch for the Spartans.

In the first game, third-year student Annie Wennerberg pitched a gem, allowing just two hits and two unearned runs in six innings. The game was back and forth, with the Spartans continually coming back from one-run differences throughout. Down 1-0, hits from fourth-year student Meghan McMahon and second-year student Lindsey Robinson contributed to the Spartans scoring in the top of the fourth.

The lead would vanish, however, as two Spartan errors contributed to the Polar Bears retaking the lead, 2-1. Wenneberg left the bases loaded as the Spartans limited serious damage in the inning. The score remained 2-1 until the Spartans were able to take the third in the top of the sixth inning thanks to runs by fourth-year student Kristen Klemmer and Robinson.

In the second game, the Spartans’ offense exploded for a season-high 19 hits to finish the sweep of the Polar Bears. The scoring started early and often for the Spartans, who scored one run in the first, five runs in the second and another run in the third to blow the game open. In the second, the Spartans scored their runs all with two outs.

Second-year centerfielder Katie Wede scored off of a wild pitch to start the rally and an RBI double from Wennerberg completed the scoring to give the Spartans a 6-0 lead in the second. For the lone run in the third, Robinson scored first-year student Alex Favazza with two outs, giving the Spartans a seven-run lead. When asked about the offensive explosion, Head Coach Josie Henry said the team was, “a lot more patient at the plate “ and “a lot of people stepped up, which was good to see.”

The two wins this weekend were key for the Spartans to get back on track and could go a long way to changing the momentum of this team. Henry, when asked about the weekend, said the key to their wins was that “offensively, we cleaned up our errors and delivered timely hits.”

The Spartans played University of Mount Union on March 23, splitting the doubleheader and losing the first 9-7 and winning the second 10-6. For a full recap of the games check online at observer.case.edu.

The CWRU squad returns to action Saturday, March 26 in a doubleheader on the road against Wittenberg. The action kicks off at 1:00 p.m.