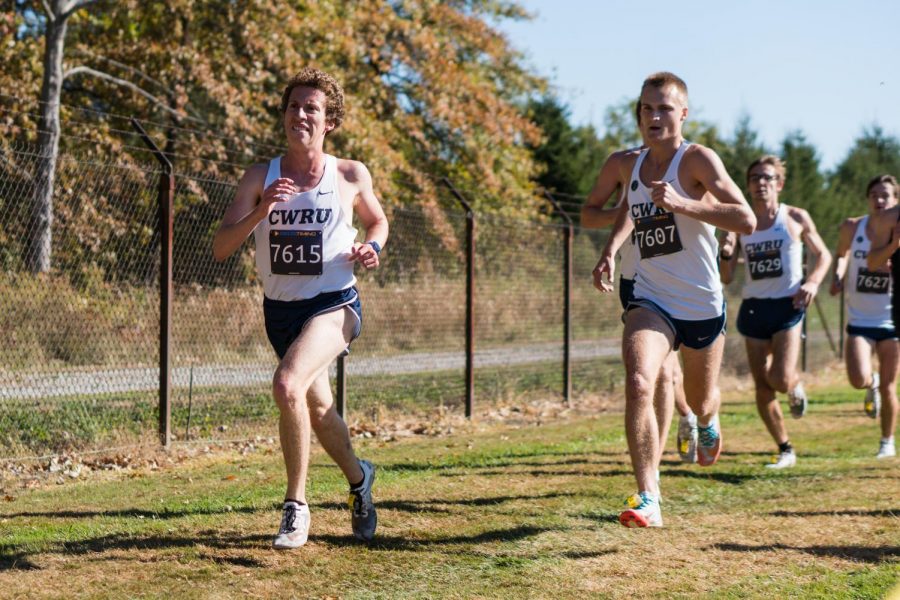 For those unfamiliar with the UAA’s strong athletic reputation, at the moment, six of the eight member schools are ranked among the top 35 cross country teams in the country. The competition is fierce, making every place hard-fought at the UAA Championships. The men’s race was won by fourth-ranked Carnegie Mellon University (CMU), and the women’s by second-ranked Washington University in St. Louis. Despite the formidable competition, the Spartan teams came away with a fourth-place finish from the men’s team, and a sixth-place finish by the women’s.

Claiming his spot in the All-UAA first team was captain Trey Razanauskas, who finished fifth overall. Razanauskas ran a 25:06.69, outkicking CMU’s Matthew Karee by a mere .06 seconds. This was a recurring theme throughout the day, with second-year Spencer Weigand taking 17th by .65 seconds with his 25:35.10. Senior David Hall also outkicked his WashU counterpart by a narrow .83 seconds to finish 24th overall with a 25:45.97. Finishing fifth for the Spartans was Yoshmar Pinal-Alfaro, who sprinted past Rochester University’s Ivan Frantz by .25 seconds to finish with a blazing 25:58.53.

First-year Jack Begley decided he wouldn’t settle for just outkicking his nearby freshman runners and chose to outrace them all instead. Begley finished No. 21 overall and was the top-finishing first-year runner in the entire UAA. For his achievement, Begley was awarded the coveted UAA Rookie of the Year. He is only the second Spartan in history to claim the honor, after Aaron Johnston-Peck in 2003. Rounding out the All-Freshman team was Robert St. Clair, who finished 40th overall with a 26:04.26.

Maddie Lindemann led the women’s team to a sixth-place finish, placing 14th overall with a 22:36.76. With this finish Lindemann secured a spot in the All-UAA Second Team, the second time she has achieved this honor. Next to finish for the Spartans was sophomore Jana Fisher, who placed 29th overall with a 23:02.73. Third-year Kiera Olson finished third for the team, with a 23:19.79. Close behind Olson was second-year Susanna Henry, who finished 45th overall in 23:28.5. First-year duo Melissa Phung and Danielle Sarno nearly garnered spots on the All-Freshman team, finishing ninth and 10th among freshmen and 48th and 49th overall, with times of 23:36.91 and 23:40.11, respectively.

After their performance at the UAA Championships, the women’s team moved up in the regional rankings, displacing Otterbien University to take seventh. The men remain fourth regionally and 20th nationally.

The Spartans have one last off-week before competing at NCAA Regionals hosted by Calvin University in Michigan. The top four teams from the region will move on to compete at nationals the following week.