Spartans to don yellow in a replay against Brandeis 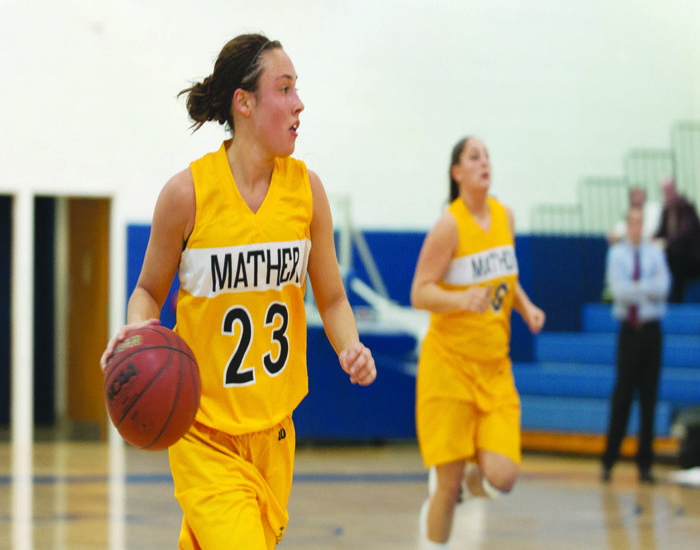 After a pair of losses, the Spartans (10-8, 3-4), were in the backseat of the UAA at 1-4, but they were able to take advantage of a Brandeis (8-10, 1-6) team struggling to come up with in-conference wins, beating the Judges 61-54. The Spartans used strong defense to capitalize on the Judges’ poor shooting. On Jan. 29, the Spartans were again able to come away with a win against New York University (9-9, 1-6), despite shooting just 37.5 percent from the field.

Coming up this weekend is a double rematch, with the Spartans taking on the Judges tonight at 6 p.m. and the Violets on Sunday at 2 p.m. Coming into tonight’s game, we will take an in-depth look at what each starter needs to continue to do well and what could be learned from their previous game against the Judges.

Starting at the guard position, junior Evy Iacono had a huge game in her previous matchup, shooting 50 percent (4-for-8) from behind the arc, while not giving up a single turnover. Iacono averages 12 points a game this season, with a slightly higher average at home than away. Look for Iacono to use home court advantage to its fullest in order to have another lights-out offensive game. As long as Iacono stays out of foul trouble, she should be just as effective in the rematch.

Fellow junior starting guard Erica Iafelice, despite having an off night from the floor, was a valuable part of the win versus the Judges, playing a team-high 34 minutes. Iafelice dished out an above-average five assists while not turning the ball over once. In conference, Iafelice has been hitting 33.4 percent of her shots, which suggests her 0-7 performance from the field last week was a minor speed bump. The keys from Iafelice this coming game should be to continue a strong defensive effort, and to get back to her previous form from the offensive side of the floor. If both Iacono and Iafelice can put together a solid offensive game, there will be less pressure on the forwards down low.

Consistently putting putting on a strong performance on both ends of the floor is senior forward Erin Hollinger. Hollinger, who is averaging 12.7 points a game and has a current field goal percentage of just over 40 percent, scored a game-high 18 points against the Judges and was one rebound short of a double-double. The Spartans need Hollinger, Case’s Female Athlete of the Year last year, to keep firing on all cylinders in this rematch. Hollinger needs to continue to dominating the glass and choosing smart shots in order for the Spartans to sweep the Judges.

Playing down low with Hollinger is senior forward Chelsea Peck. Peck has been averaging just over seven points and five rebounds a game. Peck, one of the team’s captains, played a solid game against the Judges, going 3-5 from inside of the three-point line and grabbing her usual five rebounds. One area of improvement for Peck could be turnovers. She gave the ball away four times in the Spartans’ last game, well above her 1.8 average for the year.

The final starter for the team is forward-guard Marissa Miles. One key for the junior from McDonald, Pa. could be consistency. While Miles did not score in the game against Brandeis, she put up eight points against NYU two days later, including six on three-pointers. When Miles is getting the three pointers to fall, the floor is opened up, allowing both the guards to penetrate and giving the other forwards space to work.

The Spartans do not have a clear sixth-man on their bench, but instead employ a combination of freshman guards Rachel Beaty and Brooke Orcutt and junior center Emily Mueller. With each of these key backups playing almost 20 minutes, there are many points in the game where the Spartans are relying on these ladies to step up and hit big shots. Orcutt especially had a good game against the Judges, going 4-6 and racking up seven rebounds and four assists as well as a steal. Beaty also had a key trifecta late in the first half to give the Spartans the lead.

The Brandeis game will be part of the seventh annual Throwback Weekend, which celebrates CWRU’s history as a federation of schools. The women will wear Mather College uniforms against the Judges as part of Disco Night on Friday, then will wear yellow on Sunday against NYU as part of Girls’ Sports Day.