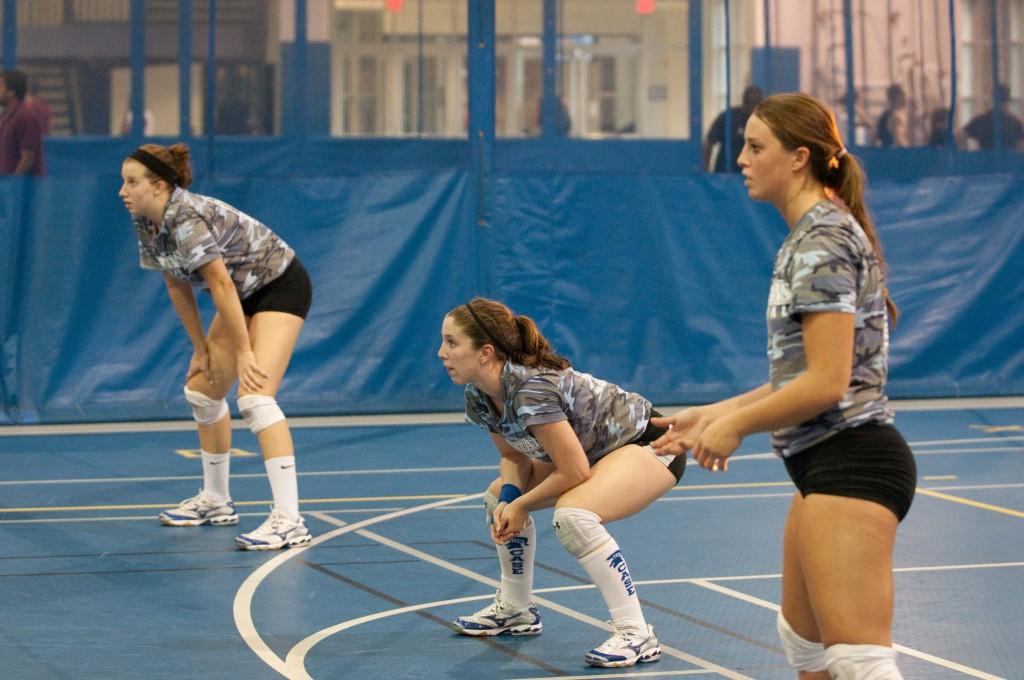 The Spartan volleyball returned home from a monumental win over No. 1 Washington University in the second UAA Round Robin to find a formidable opponent in Thiel College. The Spartans dropped the first two sets 25-17, before rallying to take home an inspiring win. The win over the Tomcats came on senior day, as the Spartans honored their duo of Beth Karpinski and Maggie Nofel.

A 3-1 record at Brandeis University gives the Spartans a 4-3 conference record, good enough for fifth in the UAA. The pinnacle of Case Western Reserve University’s weekend was their 3-1 victory over the nations top program. The Spartans dropped the first set 24-26 before bouncing back in a spectacular showing to win 25-14, 31-29, 25-19.

All-UAA middle hitter Tricia McCutchan led the Spartans with 25 kills. McCutchan had a near perfect game, committing just one error giving her a .558 attacking percentage.

McCutchan’s fellow classmate, and outside hitter Rachael Suchy tallied 20 kills and an exceptional hitting percentage of .455. Suchy’s 20 kills were her second highest of the season and her hitting percentage was a season high. Suchy totaled a team-high 63 kills and a .357 attack percentage for the entire weekend. The junior’s accomplishments earned her the distinction of the co-UAA Player of the Week.

The Spartans won two of their other matches at the Round Robin against host Brandies University and the University of Rochester. CWRU toppled the Judges 3-1 on Saturday but lost 3-2 against No. 17, and fourth place in the UAA, University of Chicago. After the team’s historic victory on Sunday they also swept the Yellowjackets 3-0.

The Spartans stumbled during Senior Day at Horsburgh Gymnasium before rallying to beat the Tomcats in five sets. The Spartans were thwarted by Thiel’s staunch defense and failed to contend in the first two games. The Spartans managed to crawl back in to the match in the third set with the game tied 19-19. The Spartans rally was sparked by the senior, Karpinski, who sealed the teams lead in the third set, one they wouldn’t relinquish.

After figuring out the Tomcat defense, the team was able to begin racking up kills, taking the fourth set 25-19. Nofel and Karpinski keyed the teams defense, along with sophomore libero Rachel Gulasey. The trio racked up 17, 29 and 26 digs respectively, season highs for the pair of seniors.

The win was the Spartans second to last home game, CWRU hosted Ursuline College yesterday, Thursday, Oct. 28, for their annual “Dig for a Cure” game. The game raises money for the Susan G. Komen for the Cure Foundation. The game ended after “The Observer” went to press, look for the final score in next week’s edition.