Spartans wrestle their way to a 4-1 start

Spartans swept their competition in the inaugural CWRU Wrestling Festival 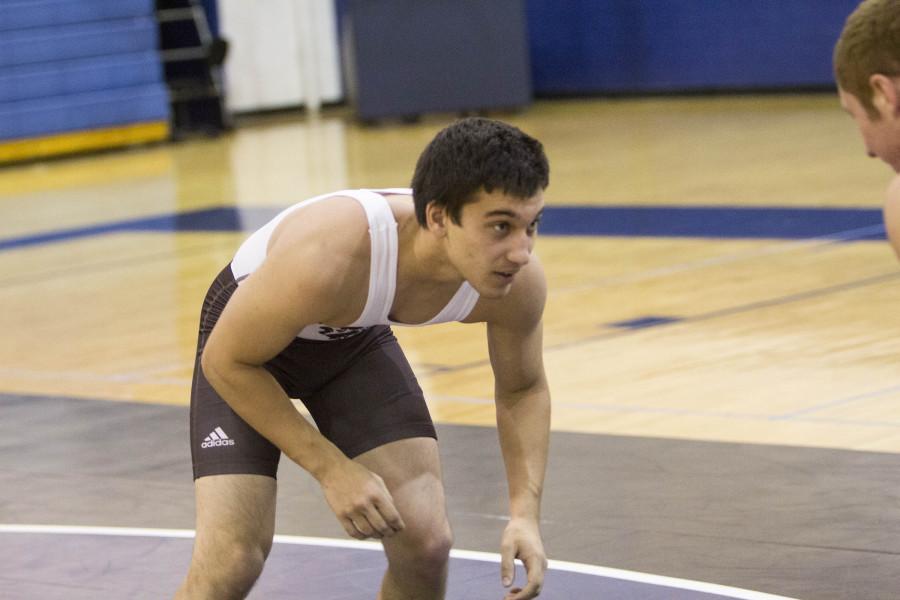 Connor Medlang prepares to face off against his opponent in the Case Institute of Technology/ Western Reserve Throwback Scrimmage.

Despite stepping off the mat with heads down on Tuesday following a loss to John Carroll, the Spartan men had a great weekend, winning four of their five match ups over the weekend.

The Spartans hosted three events over the week, with the Bob Del Rosa Duals and the Claude Sharer Classic comprising the CWRU wrestling festival on Saturday, and a dual match against crosstown rival John Carroll coming in a midweek match up. The squad had an impressive 4-0 start in the Del Rosa Duals on Saturday before losing to the visiting Blue Streaks.

On Saturday as part of the CWRU Wrestling Festival the Spartans were led by freshman Aaran Gessic who won all of his matches on Saturday. The Spartans defeated Niagara County Community College, St. Catharine College, Ohio Valley University and Mount Saint Joseph College. The four wins equal the team’s total from all of last season, which also happened to be more dual match wins for the program than the previous five seasons combined.

The Spartans return to the mat on Wednesday after taking the weekend off to host Baldwin Wallace.