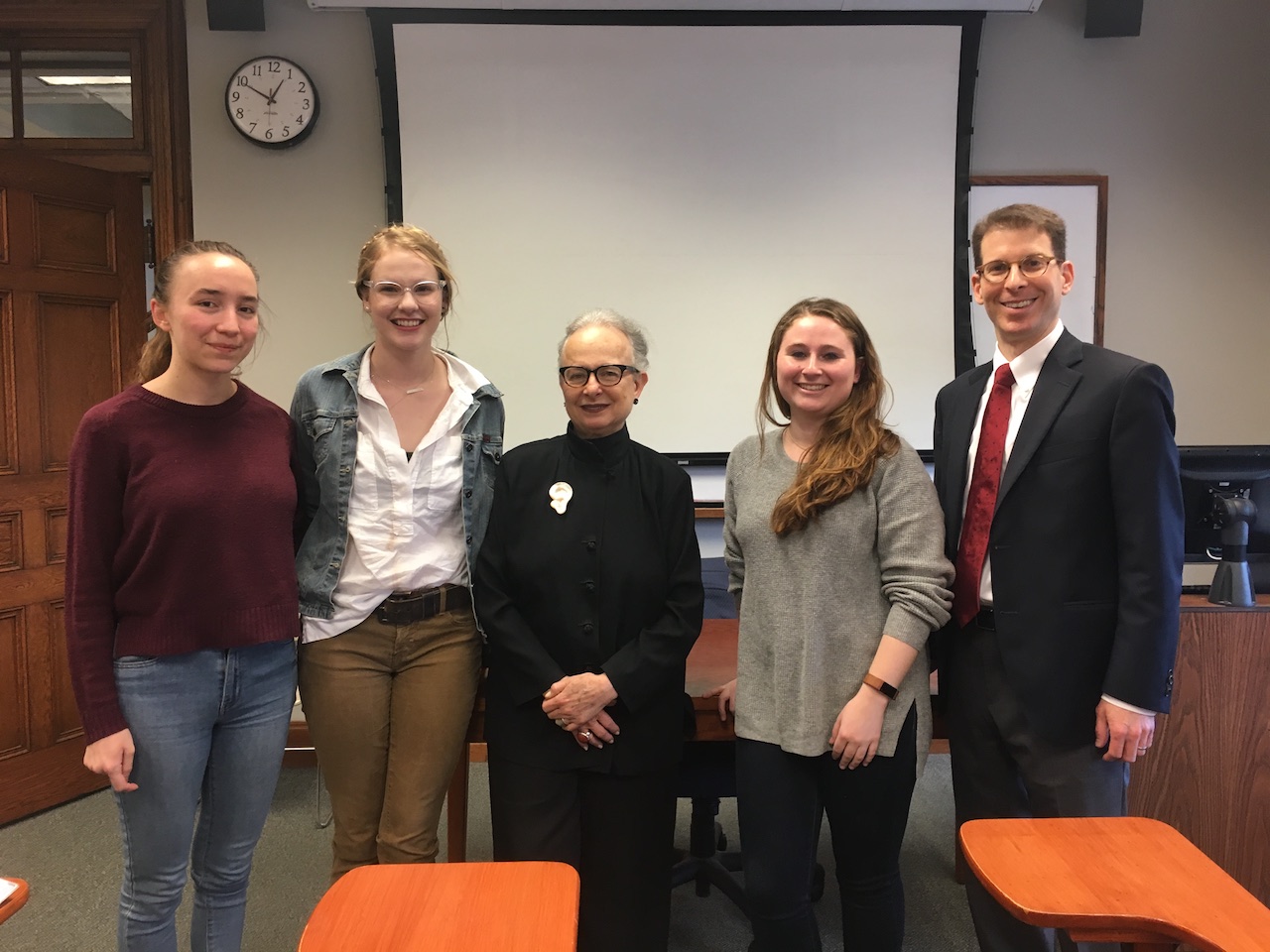 In the Tinkham Veale University Center this Tuesday, an audience laughed along with the story of a rich kleptomaniac stealing a live fish and “aww”ed at the enduring friendship between the speaker’s Jewish grandmother and her Catholic nanny.

Distinguished University Professor at New York University and museum curator Barbara Kirshenblatt-Gimblett visited Case Western Reserve University to give a talk entitled “Listening with Love: A Daughter Discovers Her Father’s Childhood in Poland Before the Holocaust,” organized by the Siegal Lifelong Learning Progam and the Flora Stone Mather Center for Women. Kirshenblatt-Gimblett shared stories and images from the book that she wrote with her father about his life, “They Called me Mayer July: Painted Memories of a Jewish Childhood in Poland before the Holocaust.” She also screened the film “Paint What You Remember,” wherein her father returns to his Polish hometown of Opatow.

Kirshenblatt remembered his life through his interactions with the world around him, and his daughter wrote pages and pages of notes on details as small as how his family would stencil in their walls to avoid buying expensive wallpaper. After his retirement, their family spent years buying Kirshenblatt art supplies and urging him to paint those memories.

“He would describe the town to me, and I said, you know, ‘show me,’” said Kirshenblatt-Gimblett.

After about a decade of encouragement, at the age of 73, he finally agreed, and his and Kirshenblatt-Gimblett’s book includes his stories alongside the paintings he made of them. Many of those stories are moments from Kirshenblatt’s everyday life in a town and community that was later changed completely by the Holocaust. Kirshenblatt-Gimblett describes her father as “an extraordinary ordinary person.”

“I love [to talk to] ordinary people and find out what is not ordinary about them,” said Kirshenblatt-Gimblett.

The short film Kirshenblatt-Gimblett showed to the audience recorded her father’s trip back to his hometown, Opatow, Poland, for an exhibit of his paintings. The exhibit attracted many people living in the town, a reception that was very meaningful to Kirshenblatt, according to his daughter.

Kirshenblatt-Gimblett said her father remembered the town and its Jewish past with paintings, and by accepting the paintings, the town was gradually accepting its Jewish heritage. Before World War II, the majority of the population in Opatow was Jewish. In October, 1942, under the occupation of German Nazi, more than 6,000 Jews were either deported to concentration camps or killed. The community was never reconstituted after the war. Until now there were very few Jews living in the town.

Kirshenblatt left for Canada at the age of 18, and he did not start painting until he was 73. However, once he began painting, he could not stop. Kirshenblatt-Gimblett told the audience that when her father ran out of stories to paint about, he would seek inspiration from memorial books. Even though he left Poland before the Holocaust, he painted several scenes depicting the Holocaust to memorialize his relatives that died during World War II.

Kirshenblatt-Gimblett remembered her father as her mentor and inspirator. Even till today she still felt that she had so many questions for him that were left unanswered.

Speaking about the working relationship between her and her father when writing the book, Kirshenblatt-Gimblett said, “I got the right father and he got the right daughter.”