Part of Case Quad shut down for “Cherry” filming 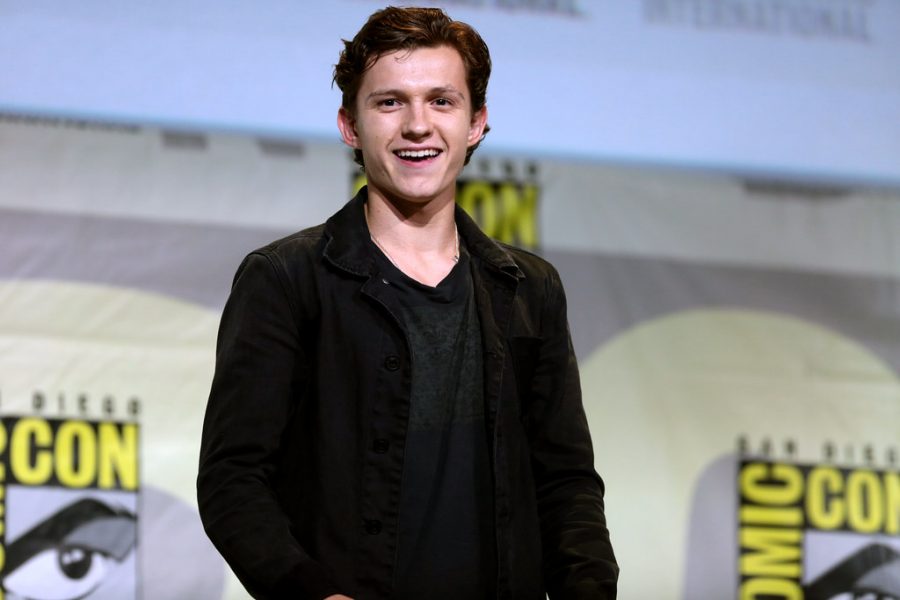 Courtesy of A. Bernhard

The crew for “Cherry,” a movie about an army medic who robs banks, put up generic “Whatever College University” signs by the Case Quad. Courtesy of A. Bernhard

Movie fever spread through campus this week as the Russo Brothers’ production of “Cherry” took over the Case Quad on Tuesday and Wednesday as part of the principal filming for the upcoming drama. From the moment the “Whatever College University” signs went up outside Adelbert Hall, avoiding the production became impossible—it took over streets, classrooms and the collective consciousness of nearly every person on campus.

Since the filming was occurring in the center of the Quad, the paths students usually took to get from one building to another were disrupted. Rather than cutting across the middle of the green area, students had to circumvent the edges of the Quad. The university informed the campus of the filming and the restrictions put in place designating where students were able to walk at 12:13 p.m. on Monday.

Because of the quick turnaround from when students were notified of filming, many were curious about when the film crew began discussions with the university.

In response to that concern, the university stated: “In this instance, representatives visited several times in the fall, but the university did not know whether the campus might be considered as a location. Talks began in earnest about a week-and-a-half ago and centered specifically on reducing disruption to the campus—in particular, the academic enterprise. The production representatives understood our position, and we worked collaboratively to reach an arrangement that met both organizations’ needs. The details were not finalized until very recently.”

“Cherry” is directed by Anthony and Joseph Russo, more commonly referred to as the Russo Brothers, and stars 23-year-old British actor Tom Holland, who became the target of—conservatively—every camera in the city of Cleveland. Even with a suspicious lack of web-swinging, Holland proved to be enough motivation for large crowds to appear around set and larger numbers of students to apply to be extras for the film.

Many students were excited at the prospect of having their campus featured in a movie and for the opportunity to spot Holland on campus and in the wider Uptown community.

Chloe Van Dorn is a second-year psychology student, and was hired as an extra in the film.

“I thought it would be a cool once-in-a-lifetime opportunity and I’ve always wanted to be in a movie!” Van Dorn shared. “I didn’t have any classes, so it was perfect timing.”

One possible area of complication would have been the tours given to prospective families. Tours are given twice a day, and the path takes the tour groups straight through the middle of the Quad—right where filming would be occurring. Thankfully, however, no families signed up for tours on Tuesday.

While tour guides often talk about notable alumni of the university, the filming reminded everyone that the Russo Brothers are, famously, Case Western Reserve University alums. In a follow-up email, unit publicist Nicola Graydon Harris emphasised that the Russos are delighted to be back on campus. As for those “Whatever College University” signs? Harris explained, “We’re using the campus as the set of a generic college—as our protagonist did not go to Case Western Reserve University—although it will be noted in our media materials that we filmed at CWRU.”

Tour guide Jackson Rudoff, who is also a member of The Observer editorial board, said, “I will say that I’ve been finding ways to work the fact that a movie was being shot in this area of campus into my tour, mainly as a way of demonstrating that cool things do happen on this campus and that alumni remain involved in the community.”

Rudoff also uses it as an opportunity to showcase the strong arts presence on campus. “When I talk about how my apartment is being used for exterior shots, and how CWRU students got to be extras, it generally gets a good response. The arts are pretty big on this campus in general, and the movie has given me a nice route for talking about them from a non-CIM/CIA perspective.”

The movie team seemed nearly as excited to be shooting in Cleveland as CWRU students were about them being here. In a release sent to The Observer, the Russo Brothers explained their location choice: “We were drawn to ‘Cherry’ given our personal experience from Cleveland, as well as the important need to share stories like these. As Cleveland natives ourselves, it means a lot to us to be able to film in our hometown. We shot the exteriors for ‘Winter Soldier’ here, we are excited to return home to our roots.”

However, not everyone felt as positively about the situation. Alex Fernandez, a third-year studying computer science, is staunchly against the filming and disruptions it has caused.

“I feel like this movie is the biggest ‘fuck you’ this school could ever give us,” Fernandez said. “I understand that in Hollywood, filming cannot occur when they want it to, meaning the weekend was probably out of the question. In that case, the school should have declined. But no, they would rather be paid and cut off the entire Quad area, giving a middle finger to every student who goes here.”

The university did not respond when asked how much they would be receiving for allowing filming to occur on campus.

Finally, the university shared they recognize “that the closure of portions of the Case Quad frustrated several in our campus community, and that road closures affected them and many others driving in University Circle more broadly. The university apologizes for this inconvenience.”