Spotlight On: Call It Fiction 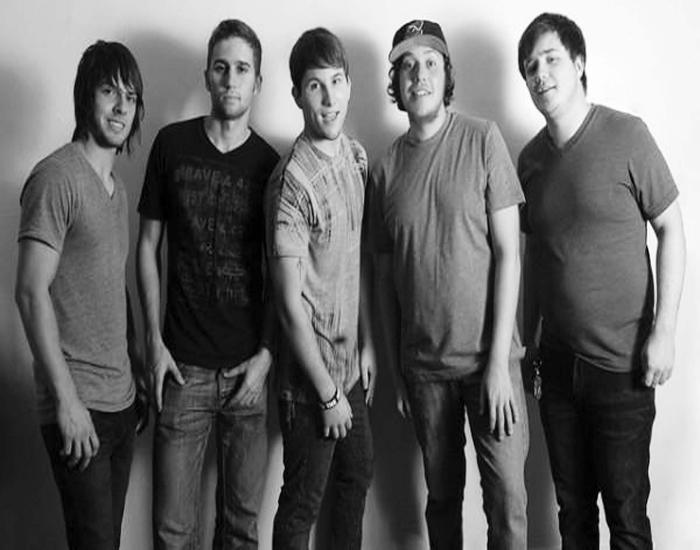 We saw new releases from pop-punk vets Blink-182 and New Found Glory last year, and the music scene today is overflowing with new pop-punk bands paying homage to the genre greats of the past. So what makes Northeast Ohio natives Call it Fiction stand out from the crowd? “There are so many bands around us that are better and more talented than us,” says lead singer Elliot Blair. “If there was something that made us stand out, I think it would be our ability to see what we’re doing wrong as far as songwriting and correcting the problem.” Blair adds that it is exhilarating to see the resurgence in popularity of a style of music that he’s always loved.

The beginnings of Call it Fiction go back to high school, when Blair would write songs with lead guitarist Nick Rinaldo after class. For a few years, the band had a revolving cast of members, but the lineup began to solidify with the addition of synth player Alex Tucker in October 2010. Tucker’s songwriting input helped the band find their footing. Blair says Tucker “always had the right input for lyrics and progressions, and he knew what people wanted out of a good pop-punk song.” Soon after, Call it Fiction began writing and recording their EP Something I’ve Never Felt, which was released in March of 2011.

After the release of Something I’ve Never Felt, Call it Fiction added drummer Ryan Snyder to the lineup and embarked on regional tours with Orlando’s A Hero’s Fate and Cincinnati’s Let it Happen last summer. Over the past year, the band has opened for well-known bands such as Hit the Lights, Cartel, and I Call Fives, as well as playing the Ernie Ball stage on the Cleveland date of the Vans Warped Tour.

A big fan of underground music, Blair lists Spot Night vets Crookshanks (who played an acoustic set with Such Gold in December) and former “Spotlight” featured band Runaway Brother as some of his favorite local bands.

Call it Fiction are playing a vital part in the up-and-coming pop-punk scene in Cleveland/Northeast Ohio, and are always pushing themselves to do better. “Every time I listen to our songs I always hear something that I want to change or that I wish I had done better,” Blair says.

Call it Fiction will be opening for Set Your Goals, Cartel, and Hit the Lights at Peabody’s on April 6th.

Molly Hudelson: You’ve opened for some pretty well-known bands. If you could play a show with any band in the world (that you haven’t already played with) who would it be and why?

Elliot Blair: I would have to say Steel Panther because, well… It’s Steel Panther, what other reason do you need?

MH: Just for fun: If Call it Fiction were going to cover a Ke$ha song, which one would it be and why?

MH: What are your plans as a band for the rest of the year?

EB: On top of writing and recording some new songs, we plan on continuing to play local and regional shows and eating lots of pizza. Other things may be in the works but it is too early to discuss.

EB: Attention to the students of Case [Western Reserve] University. First of all I’d like to say, your school has a badass name. Second, I want you to set this paper down and go “like” Call it Fiction on Facebook. Third, you should go to iTunes and download our EP Something I’ve Never Felt, or if you’re smart you’ll go to Google and download it for free illegally off of Mediafire. Thank you and good night.