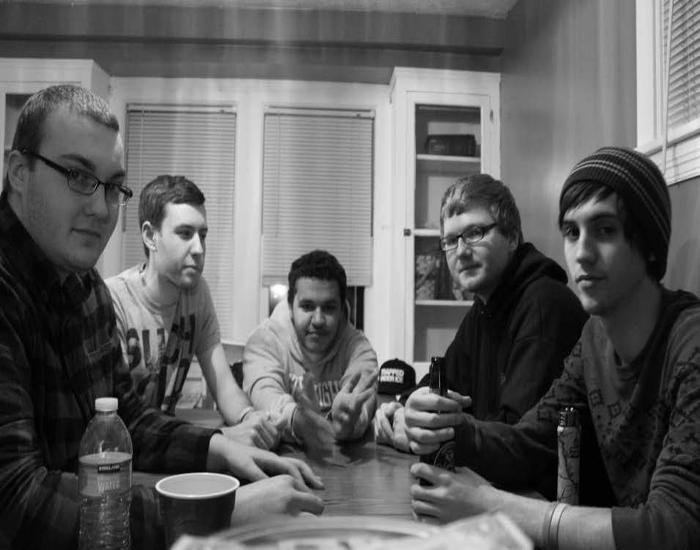 Named after Hermione’s cat from the Harry Potter series, Crookshanks is a band based in nearby Parma, Ohio. It was originally formed as Second Time Around with Mike Kelley on bass, Brandon Ferenc on drums, and Yusef Idris filling in the lead vocals, and was soon joined by guitarists Adam Drown and Joey Sardelle to complete the lineup.

The band describes its sound simply as “alternative,” and takes influences from all over the rock spectrum. Its music combines elements of punk, pop-punk, rock, and emo. Band members cite artists as varied as the Bouncing Souls, Brand New, Coheed and Cambria, and Led Zeppelin as their top influences.

Crookshanks has played at several venues in Northeast Ohio, such as the Grog Shop, Peabody’s, The Rathskeller at Kent State University, and Now That’s Class. When asked about his favorite place to play a show, Drown noted the Grog Shop for its sound quality and Euro Gyro in Kent, OH for the people who come to see them play. Crookshanks are also veterans of the Spot, where they played an acoustic set opening for New York-based pop-punk/ hardcore band Such Gold this past December.

Crookshanks will be opening for I Call Fives, Forever Came Calling, and The American Scene tonight at Euro Gyro. As for the rest of the year, in addition to trying to gain a spot on the Ernie Ball stage at the Vans Warped Tour, Crookshanks plans to head out on their own tour this summer. They’re also releasing a four-track EP, Come Back with a Warrant, which will be available on 7-inch vinyl.

Molly Hudelson: What’s one thing that you think is positive about the Cleveland music scene?

AD: I think the spirit of most of the kids is great; a few of us went to the Glamour Kills Tour last Friday night and it was a great show participation-wise. I love seeing kids go nuts, stage-dive, and support the bands they are there to see. I mean, that show sold out; it was wall-to-wall, shoulder-to-shoulder awesome.

MH: If you could give one piece of advice to a band that was just starting out, what would it be and why?

AD: Write the music you love to play, plain and simple. Have as much fun as you possibly can.

MH: What’s your response to haters or anyone who doubts your band?

AD: You can’t please everyone.