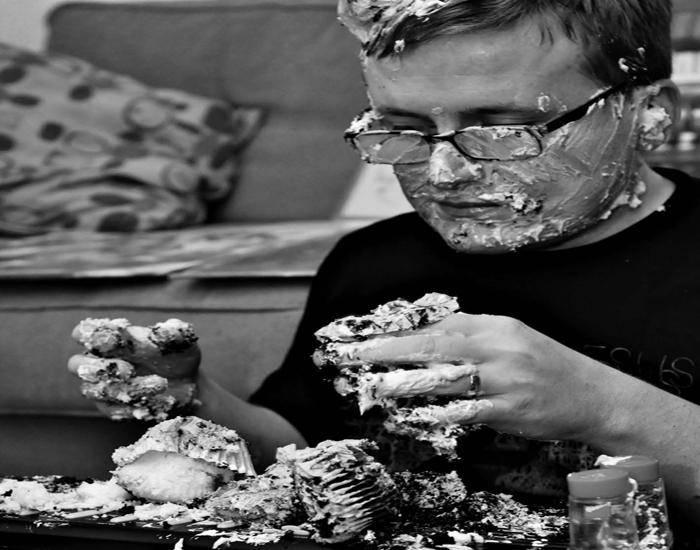 Les Cousins Dangereux is the solo electronic side project of self-described record nerd Tim Thornton. Thornton got his start as a drummer in his high school band. After getting a four-track recorder, he began to learn other instruments and started recording songs entirely on his own. Thornton is a big fan of bands like Sonic Youth, Stereolab, Swans, and Autechre, but says that his musical influences in Les Cousins Dangereux are pretty obvious, including musicians on labels such as Warp and Rephlex.

Outside of Les Cousins Dangereux, Thornton was a member of The Muttering Retreats, in which his primary role was augmenting their sound with electronic elements. Though The Muttering Retreats have been on hiatus for the past year, Thornton’s work with the band continues to influence his approach to music. “What I’m doing now is just a more in-depth version of that, with license to go a bit outside of the pop territory of the old band,” he says.

What has Thornton been up to recently? Last month saw the release of “Love Theme,” a new track by Les Cousins Dangereux. He’s currently working on a long-form piece in the same vein and writing songs for Couples Skate Only, a pop music project with his wife, and he’s hoping to play more live shows this year. Also on the table for 2012 is a cassette EP, Jacks, which will contain three tracks employing ambient sounds and elements. The cassette will be released through the label They Live We Sleep and will be available on Bandcamp, as well as at Music Saves record shop in North Collinwood.

Molly Hudelson: How did you come up with the name, Les Cousins Dangereux?

MH: Your most recent release is the track “Love Theme.” What was the writing, recording, and producing process like?

TT: For the first time in a couple of years, I’ve been interested in ambient music again, but wanted to figure out an interesting new approach to making it. I’ve heard a lot of music made with loop pedals and vintage synths. I wanted to try to make it in a different way. I wanted to try my hand at the old practice of looping actual tape, so I made a loop inside an old cassette. I recorded one note or a portion of the chord on that loop, holding the note long enough so it spanned the whole loop. Then I would play that tape loop for a while onto a track in a multi-track recording program and go back to square one. I layered over a dozen tracks of loops. Most tracks had at least three or four loops on them. Then I just mixed it down so certain loops faded in and out and sounded nice together.

MH: A few years ago, you covered blink-182’s Enema of the State, in honor of the album’s 10th anniversary. On Bandcamp it’s described as using sounds out of ’90s video games. What were some of your favorite video games in the ’90s?

TT: My parents didn’t let me have any video games I didn’t pay for myself, so after my brother and I somehow won $100 from a box of Cap’n Crunch and bought a NES with it, we never upgraded. I played a lot of “Maniac Mansion,” “Dragon Warrior,” “Zelda II the Adventure of Link” (I’m an apologist), and, of course, all the Mario games. I never really kept up-to-date after that, but it might be because most video games don’t have buzzy-synth sounds in them anymore.

MH: What’s your response to haters or anyone who doubts you as an artist?

TT: If they’re just attacking my music and it doesn’t devolve into personal attacks, I’m open to criticism. I only really do this for myself and I don’t really take it all that seriously.