Spotlight On: Skies of December 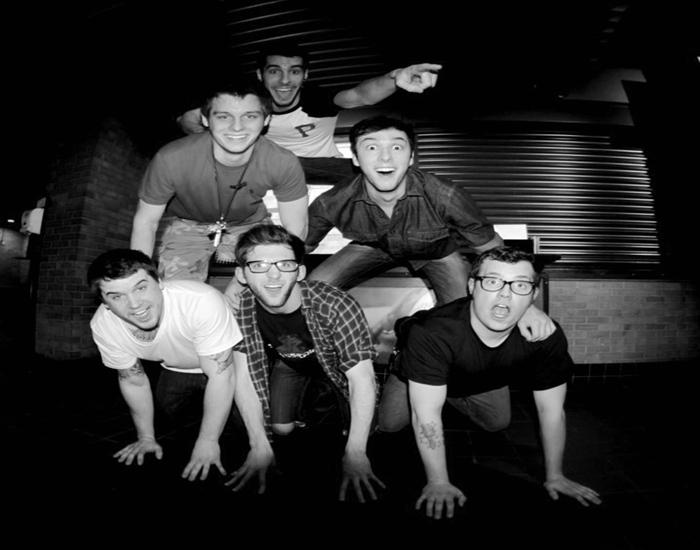 If there’s one thing that makes local metal-core vets Skies of December stand out, it’s their longevity. They’ve been a band since 2005, when longtime band-mates and friends Tom Vath (guitar/vocals) and Matt Nowakowski (keyboards/synthesizer) started a new band with Tom’s brother Tim (guitar). Rounding out the band are Jason Jendre (bass) and Joe Czekaj (drums).

Initially influenced by metal, hardcore, and metal-core bands like The Devil Wears Prada, Underoath, Chiodos, and Despised Icon, the musicians of Skies of December have since expanded their interests and listen to a variety of music, citing everything from Pink Floyd to country to techno as influences.

Tom acknowledges that to those unfamiliar with the genre, all metal music might start to sound the same, but says that Skies of December aims to write songs with a high energy and epic sound. He says they love translating this energy when playing live, and that “I like to write as if the song could fit into a movie, usually with a strong buildup to some kind of epic climax.”

What started as a fun after-school hobby has grown over the past seven years; Skies of December has maintained a constant presence in the Cleveland music scene since their formation. What’s their secret to sticking around for such a long time, when local music can be so fickle and fleeting? “We really respect and value our fans and love seeing everyone at shows,” says Tom. “We aren’t doing any of this to get signed or to make money; we really just love playing fun concerts. That is where all the practice and hard work pays off.”

MH: What is your favorite venue that you’ve played at in Cleveland?

TV: Not until recently have I always enjoyed playing Peabody’s. There used to be a lot of whack promoters that would not treat bands fairly. But recently, since we’ve been getting good turnouts, Peabody’s has been fun. There’s not too many other venues around here with good sound like theirs. The Grog Shop is pretty fun too.

MH: You’ve been a band since 2005. What changes have you seen in the local music scene in the past seven years?

TV: I think the biggest change would be the ongoing labels of what’s cool and what’s not. Somehow, through it all, I think we’ve kind of stayed away from it all and have been able to be a band that everyone can enjoy. Maybe because we’ve never labeled ourselves as a “Christian” band or “straightedge” band or anything like that .We have also always tried to respect and have fun with every other band and every person in the music scene. I know I’ve always told my band mates to never talk down about another band to anyone. Word travels fast and in the music scene, a good reputation will get you so much. Another change that I’ve seen recently is the difference in crowd. For a while we would have such a hate driven crowd with all kinds of fights breaking out. Our lyrics don’t have anything to do with hate and during our show we like to have fun. We never promote violence on stage. Recently, it seems like a whole different crowd of fans who support and love music.

MH: If you could change one thing about the music scene in Cleveland, what would it be and why?

TV: I would change the amount of bands that seems to be on every show. I think shows would do better if there were four or five bands on the bill instead of 10 or 12. I would hate to have to sit through seven bands I don’t care for just to watch a half-hour set of a band I like.