Springfest was behind the alien invasion, and it’s not over yet 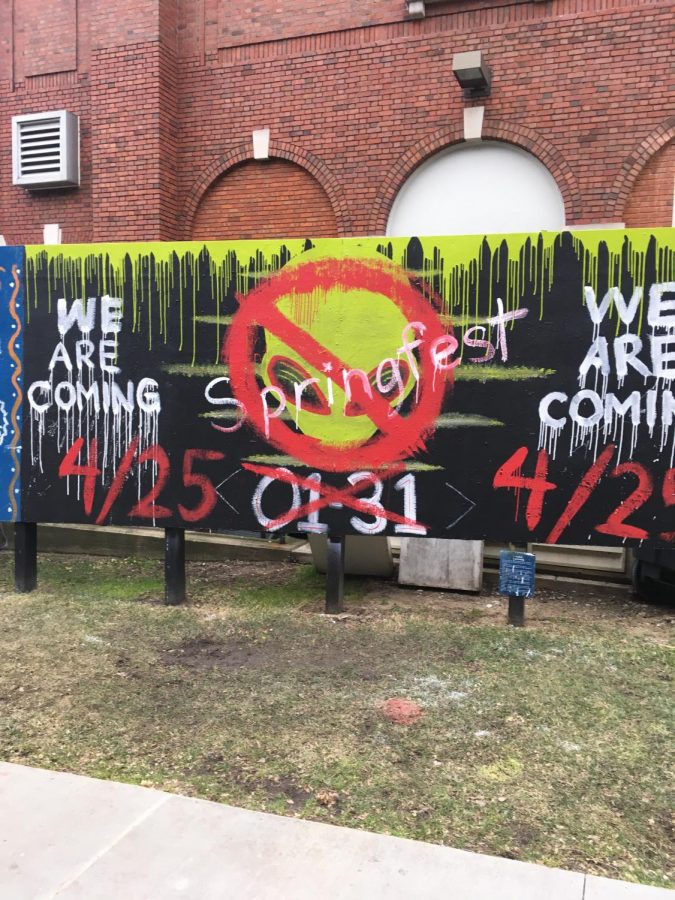 Aliens, of the inflatable kind, invaded the Case Western Reserve University campus during the first week of February. It started on Monday and Tuesday as an omen, with random stickers appearing in classrooms, fliers posted around campus, and the spirit wall painted with an eerie, green alien. By Wednesday and Thursday, it had escalated as hilariously positioned inflatable aliens were appearing all over the Case Quad. Friday took the events to a whole new level, with CWRU students dressed up as aliens and astronauts causing havoc with a golf cart across campus.

Also by Friday, students were demanding the answer to the question: Which organization was putting on this elaborate, ridiculous week? Student’s speculations ranged from UPB to the Athenian, but the biggest suspect was Humans vs. Zombies, as this seemed like their kind of extra-terrestrial game.

However, the organization behind all the madness was Springfest, the big concert event that happens at the end of spring right before finals take over. William Clarizio, a fourth-year student and the head of marketing for Springfest, said this week has been planned since the beginning of the school year. Clarizio wanted to get people talking about the event early by putting some mystery into the theme. With all the work that went into planning the past week, Clarizio admitted that he was stressed about the week succeeding.

Luckily, the week was a smash. Clarizio said, “The moment I knew it was working was when someone mentioned a professor asked what was up with the aliens.”

Katerina “Katy” Stegemann, the director of Springfest, explained where this week of marketing came from, saying that, “A goal as an exec group is to create a cohesive and immersive environment with a very strong theme.” Stegemann felt that, in past years, the theme did not carry over to all aspects of the event. This year, she hopes to change that. The alien theme will continue on April 25, the day of Springfest, when the aliens will return once more. Additionally, this year’s event will include more activities, in hopes of reaching every student’s interest. These events will be organized into the alien theme by involving space and the planets. Springfest is hoping to get involved with more student organizations to partner with to create these activities for the event.

As excitement builds for the event this week, students have one big question left on their mind: Who are the artists at Springfest? While the executive board is not quite ready to spill that secret, Stegemann says that the artists this year cover a wide range of genres, hoping to have something for every student. The official names will be revealed at the beginning of April.

For students who cannot wait that long, Springfest is putting on another event on Feb. 27, the Battle of the Bands. At 7 p.m. in the Jolly Scholar, 11 student bands will take the stage to compete for the chance to play at Springfest on April 25, with karaoke to follow.

Stegemann urges students to put down the books and come to these events to refresh. She believes that “music is a really big connector between people that can provide necessary relaxing experiences on a college campus.” Even with all the hours of work Stegemann puts into this event, she still finds the music an amazing way to let go of stress. Her guiding principle is the belief that “Springfest is the last thing that people have before finals week, so we want to make it something really enjoyable and refreshing to help students press that reset button.”