Star from “The Big Bang Theory” speaks to CWRU students on her Jewish faith, acting career 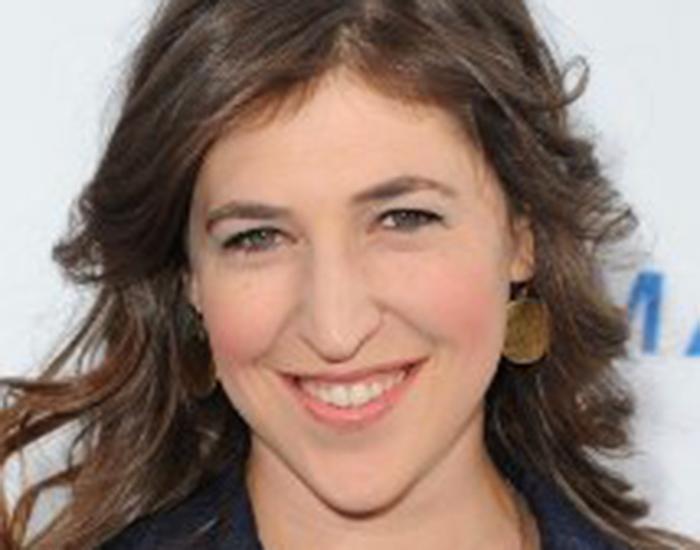 Last week, Case Western Reserve University had a bit of star power – actress Mayim Bialik, best known for her role as Amy Farrah Fowler on “The Big Bang Theory,” presented a talk entitled “Neuroscience and Acting: How I Got to Where I Am Today.”

With a frank sense of humor, and none of the awkwardness reminiscent of her character on “The Big Bang Theory,” Bialik spoke to a crowd of several hundred people in Strosacker Auditorium.

While she did extensively discuss her acting career, including her current work on “The Big Bang Theory,” the main focus of Bialik’s talk were the seven things that keep her sane while working in the rigors of Hollywood. As the event was organized through CWRU’s Hillel Foundation, the school’s Jewish group, Bialik discussed her Jewish heritage, and said that many of her points are rooted in her Jewish faith. However, she noted that she was not promoting one belief system over another and was hoping that the audience would “look past the differences and see the larger points” in her talk.

Bialik began the “teaching” portion of her talk by discussing the importance she places in “super complex relationships.” She says her Jewish heritage values these interactions, and her weekly studying with a partner of the complex relationships found in the Torah, Judaism’s primary holy book, allows her not to be swept up in the world of show business.

“Anyone who has read the Old Testament knows that the stories of betrayal, and exile, and marrying two sisters come very soon after you start reading,” Bialik said. “I love that I come from a tradition that’s not afraid to deal with those super complicated relationships.”

Bialik then addressed the need for routine in life. Her personal example was her strict weekly observance of the Sabbath, where she unplugs from electronic devices, and makes everything wait. She says that she is lucky that “The Big Bang Theory” has a schedule such that she rehearses Wednesday, Thursday, and Friday, and the long tape day is not until the following Tuesday.

“It kind of makes for a hectic Sunday because my family chooses to not drive,” Bialik said, “But it’s absolutely something that refreshes me for the week ahead and really gives me a sense of rhythm and routine for the week.”

Staying on the topic of routine, Bialik noted that despite the light-hearted nature of the show, filming “The Big Bang Theory” can still be stressful.

“It looks a lot like a laugh riot to go to my job and there is a lot that is fun,” Bialik said. “But it is a business, so there is a constant interchange of negotiation. I’m definitely not saying anyone should feel sorry for me, but for me, it’s important to find things throughout the week that are relaxing or enjoyable.”

As a self-described music person, Bialik unwinds through music. A pianist, she can be found many evenings playing the instrument.

Shifting gears a bit, Bialik then addressed the need for being a person of good character in her industry. She says that there is a lot of gossip in Hollywood which she, albeit sometimes not easily, chooses to ignore.

“I don’t think that choosing to ignore gossip necessarily makes me the most popular person sometimes,” Bialik said. “I don’t wave a big banner about it, but it’s pretty clear to people that I’m not a person to come to if you want to bad-mouth somebody. [Gossip] makes me feel yucky inside.”

According to Bialik, not spreading gossip is not the only thing that sets her apart in Hollywood. She has come to terms with the sense of “being an other” since her strict adherence to the Jewish religious calendar with its many religious holidays can create scheduling issues.

“It’s been an interesting challenge to try and embrace some certain aspects of being different,” Bialik said. “I put that positive spin on it because it reminds me to help other people that are also different.”

Bialik then discussed her belief in something bigger than herself, in her case, God. She says her view is not always “the most popular” in her industry, but that engaging in religious dialogue helps bring her sanity.

Bialik’s closing point discussed the “notion of a global existence.” Since her job does not take her far from Los Angeles, Bialik loves travelling so that she can break out of her comfort zone.

After discussing her seven points, Bialik then addressed student questions, which ranged from how she got involved in “The Big Bang Theory” to how – since she has a doctorate in neuroscience from the University of California, Los Angeles – the acting world compared to academia.

One particularly interesting bit of information that surfaced from that portion was that Bialik had never seen “The Big Bang Theory” until she auditioned during the show’s third season for the role of a “female Jim Parsons.” Parsons plays Sheldon Cooper, one of the show’s main characters.

Students were able to meet Bialik after she delivered her talk during a meet and greet session at the Hillel building.

Freshman Julia Bianco was one of the several hundred students who attended the event. As a member of Hillel, Bianco was impressed with Bialik’s message.

“I thought that she was extremely interesting, and I really liked hearing her perspective on Judaism,” Bianco said. “I think it’s great that she is able to balance her religious life, her acting life, and her academics so well.”