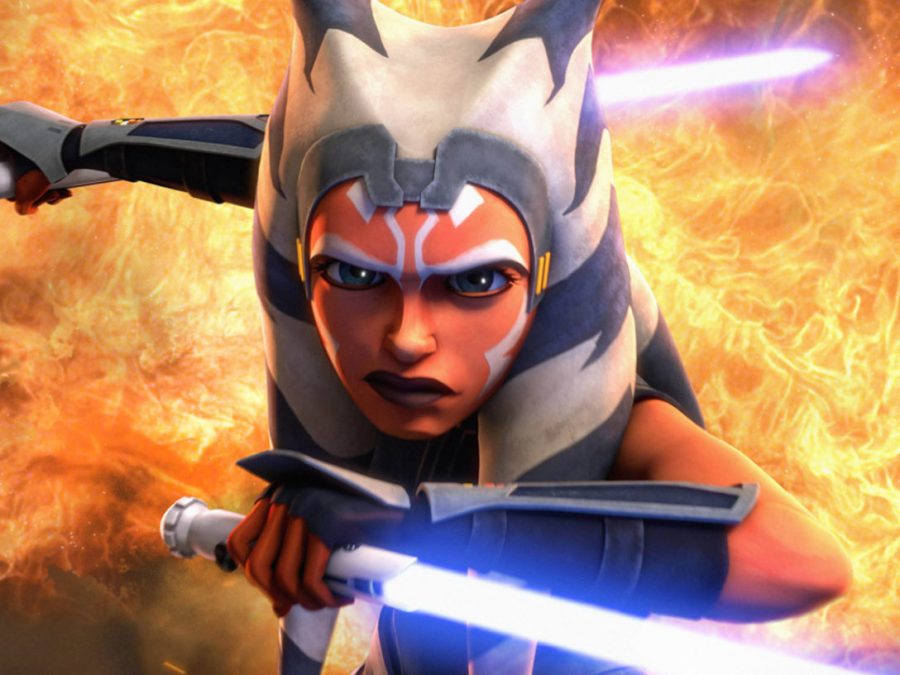 The concept of the series is simple, more akin to a fantasy space opera than a sci-fi tale, allowing it to tell stories unbound by either genre, mixing the two in the hundreds of stories made outside the main saga. As long as it has the base elements expected in the “Star Wars” universe, namely references to lightsabers, the Force, droids and spaceships, anything can be made to fit: Gritty military adventures, romantic exploits or space explorations.

This “expanded universe” of the “Star Wars” stories was kickstarted with the 1991 book “Heir to the Empire” by Timothy Zahn, the “original” sequel trilogy, telling the stories of Luke Skywalker, Han Solo and Leia Organa after the then concluding events of 1983’s “Return of the Jedi.”

As the first piece of new “Star Wars” content in eight years, “Heir to the Empire” and its two sequels set off the idea that “Star Wars” could be more than just the movies, with stories across the galaxy now able to be told without the restrictions of a theatrical budget.

This wave of expanded universe stories continued for years as Lucasfilm made the prequel trilogy from 1999 to 2005, filling in the gaps between ancient Jedi history and the future of post-Episode VI world.

Despite the poor writing, acting, storytelling, cinematography and pacing of the prequel trilogy, the era of “Star Wars” history held a special place in many fans’ hearts. The idea of telling stories in the middle of a civil war that split the galaxy in two, while showing how a democracy can fall into fascism, all during the zenith of the Jedi, is a very intriguing one, and franchise creator George Lucas’ excessive use of CGI did end up creating many beautiful and diverse worlds.

In 2008, “Star Wars: The Clone Wars” came out. The series, set between Episode II and Episode III, revealed the namesake war which was fought to prevent systems from seceding from the Galactic Republic, a seemingly noble cause, was actually a conflict rigged by sinister Sith lord, Darth Sidious, who pitted both sides against each other.

Produced by Lucas and Dave Filoni, who would become the supervising director of the rest of the series, the show aimed to fill in the gaps in the prequel trilogy and strengthen characters and storylines from the era.

The series starred prequel trilogy leads, Anakin Skywalker, who would become Darth Vader later in the “Star Wars” chronology, and his Jedi master Obi-Wan Kenobi, both generals in the war to maintain the Republic.

A CGI-animated TV show aimed at children, “Clone Wars” started as a light-hearted romp, following the protagonists as they are traveling planets and solving problems, learning basic morals along the way, but the show developed into one of the most nuanced pieces of “Star Wars” media, commenting on revenge, pacifism, neutrality, brotherhood and loyalty.

No one exemplifies this better than Ahsoka Tano, Anakin Skywalker’s padawan apprentice created for the show, who starts off as the usual annoying sidekick but matures into a thoughtful, yet brash, figure who struggles to find her place in a dogmatic Jedi order.

Interestingly, the first three episodes of the show were actually combined into a full-length film before the show aired, leading to quite a disjointed movie that had the cheesy, not particularly enjoyable atmosphere that would pervade much of the first season. Despite this rocky start, each season improved considerably over the last, both animation-wise and plot-wise.

Most notably, the clone troopers, the intentionally faceless and sterile clones who fought for the Republic in the prequel trilogy, were each given story arcs and individual personalities in the show, despite being voiced by the same actor, Dee Bradley Baker.

While the Jedi-centered episodes are “Star Wars” lightsaber action at its best, the show finds its true heart in the everyday struggle of soldiers, dealing with the morality of fighting for a war in which you were specifically created for and wouldn’t exist without.

The show also managed to make Anakin Skywalker a likable figure, turning the most hated character from the prequel film trilogy into a tragic hero, whose flirtations with the dark side seem rational and believable, rather than forced and out of nowhere.

His interactions with Obi-Wan, Ahsoka, his clone trooper squad and his secret wife Padmé reinforce the personal attachments he is supposed to be void of as a Jedi.

These encounters are a stark contrast from the mopey, obsessive brooder in the prequels. His conflict over who he is as a person and the audience’s knowledge of his eventual future combine to make Anakin Skywalker a protagonist we care for.

The series’ upward trajectory through the seasons was suddenly halted in 2013 when Lucasfilm was bought by the Walt Disney Corporation, leading Disney to stop all production of new episodes. Season 5 was completed and released, but future seasons were left uncompleted, with 13 “lost episodes” later released on Netflix as a sixth season in 2014, despite over 52 more episodes planned before the series concluded. Some arcs were left on cliffhangers or unresolved, leading to some fan frustration.

Some planned episodes were later released in other mediums. An eight-episode arc centered around series side-villain Asajj Ventress became the book “Star Wars: Dark Disciple.” A four-episode arc following the capture of fallen Sith lord Darth Maul (seemingly killed in “Star Wars: Episode I – The Phantom Menace” but later revealed to be alive in Season 4 of “Clone Wars”) in Season 5 became the comic book “Darth Maul: Son of Dathomir.”

But even as such, the show was left unconcluded with the link to “Star Wars: Episode III – Revenge of the Sith” not fully completed.

That will change this year as Disney+ streams Season 7, the ultimate season, a bridge to “Revenge of the Sith.” With only 12 episodes released from the 52 previously planned, the truncated season will wrap up the large Galactic War and show the final fate of the characters before the fall of the Galactic Republic.

Released weekly on Fridays from Feb. 21 to May 8, the season will have three arcs of four episodes, one focusing on the clones, another on Ahsoka Tano and another on a general conclusion to the series as it displays one of the final battles of the Clone Wars.

With this season truly marking the end of any projects Lucas had direct involvement with initially, the future of the series is unclear. But of course “Star Wars” never truly ends, even with the main episodic “Skywalker Saga” and “The Clone Wars” ending, there will always be new “Star Wars” content in this era of streaming and event movies. Hopefully the Force will be with whatever comes next.