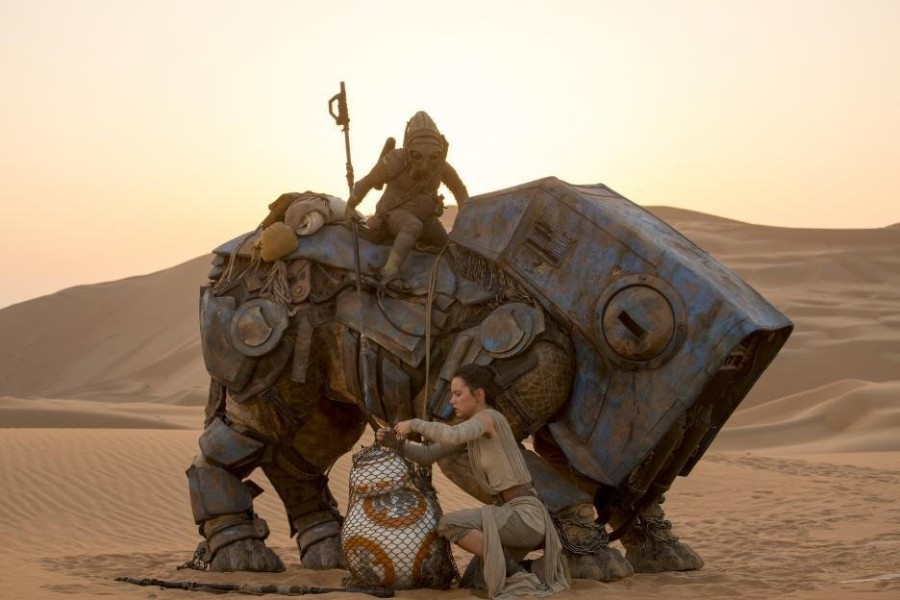 Ten years ago, when Episode III, “Revenge of the Sith” came out, I thought I had seen my last “Star Wars” movie in theaters. I was obsessed with the franchise and my 12-year-old self was deeply saddened by the finality of the experience. So, you can imagine my excitement after the announcement of more “Star Wars” films a few years ago.

However, I was also skeptical due to the lack of involvement from George Lucas, the series’ creator and producer of the original films. Because of the sale of Lucasfilm to Disney, I was hesitant to be too excited for “The Force Awakens,” despite director J.J. Abrams’ success with the “Star Trek” franchise and my excitement to enter the “Star Wars” world once again. After seeing “The Force Awakens,” though, I can safely say that the movie exceeded all of my expectations and more.

The plot of the movie was kept highly secret throughout its production, with some pieces of it guessed at through the clues of shooting locations and characters. The plot is not complicated or difficult to understand, like the prequel trilogy could be with its basis on taxes and trade embargoes. Yet it is very familiar, with some similarities to the first “Star Wars” movie, “A New Hope,” only with brand new characters.

Part of the freshness of the movie is the fact that you don’t know what to expect going in, unlike how in the prequel trilogy we all knew that Anakin Skywalker would eventually become Darth Vader, making the film predictable. Though some of the plot lines were predictable in “The Force Awakens,” it was still exhilarating to not know what could happen. This movie was not even conceivable to me a short time ago, so it was a fun movie-going experience to return to the world of star wars with a new story line.

Although there was a new plot, old characters returned, including Princess Leia (Carrie Fisher) and Han Solo (Harrison Ford) and fan favorites C3PO and R2D2. The return to these characters and the reveal of what happened after the events of “Return of the Jedi” was one of the main appeals of the movie. Abrams delivered with the dialogue between Leia and Han as well as with new characters Finn and Rey and of course the new adorable droid, BB8, while creating mystery around the new characters that will hopefully be revealed in further installments to round out their development.

“The Force Awakens” is a good mixture of all the things fans loved from both trilogies. While the prequels get a lot of dislike for their slow and complicated plots and other elements of the movies, there are admittedly interesting parts of backstory about the characters from the original trilogy that are interesting to explore. In episode seven, we get to explore more of these characters and the force as Rey discovers it. The movie is action packed from the beginning and has exceptional light saber battles, one of the best parts of “Star Wars” movies. And this time the CGI is done well in addition to the stunning visuals of new planets and locations in the star wars universe.

Although the movie is entertaining and exceeded my expectations, it was still mainly exposition, reintroducing the world of “Star Wars” to a new generation of fans and playing catch up with all the characters before the real action could begin. It also battled predictability towards the end of the movie because of its similarities to “A New Hope.” Hopefully Episode VIII, set to be released on May 26, 2017, will begin with more action because of the set up this movie gave and will not be as similar to previous “Star Wars” movies.

“The Force Awakens” was still an entertaining movie and a worthy addition to the “Star Wars” universe. I can’t wait to see the next one in the hope that there will be more exploration of what it is to be a Jedi and see where our favorite characters go next after the cliffhanger type ending of episode VII. Personally, I am just grateful to have the opportunity to return to the “Star Wars” universe again since I was convinced as a child episode III was the ending of new theatrical “Star Wars” movies, so I am happy that I get to experience it again as an adult.