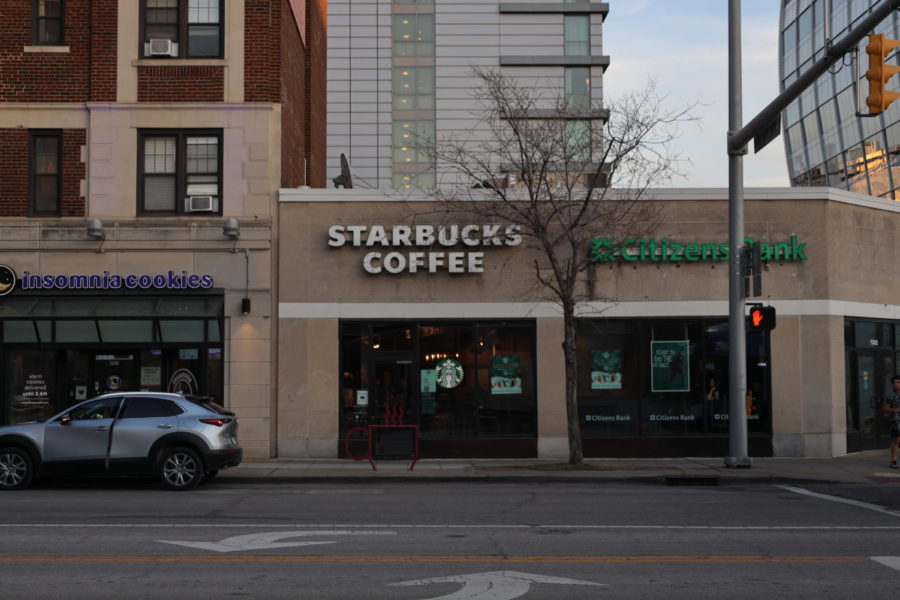 Workers at the Starbucks on Euclid, a favorite for CWRU students, have filed for a union election, as hundreds of locations across the US do the same.

Despite its immense popularity, coffee chain Starbucks has recently come under fire for its negligence and maltreatment of employees. Various shops across the country have begun the unionizing process, starting at a location in Buffalo, New York.

As of Feb. 28, more than 100 locations across 19 states have started to unionize, with demands including a minimum wage of $25 per hour for baristas and improvements to mental health care plans for employees. The first store to approve the union was in Mesa, Arizona, with three shops in Buffalo following suit.

However, Starbucks corporate has reacted negatively to unionizing efforts, claiming that a union would come between the employer-employee relationship. Starbucks has since been denounced for such anti-union tactics, especially after being accused of firing employees in certain stores in retaliation for even thinking of unionizing.

This has not stopped this new wave from entering our beloved Cleveland, however, with a recent addition to the Starbucks unionization movement on Euclid Ave. in University Circle. The Euclid Starbucks follows three other stores in the Cleveland area: the W. 6th Warehouse District Starbucks, the shop on Clifton Blvd. and the Cleveland Heights store on Mayfield and Lee.

Those working at the Euclid Ave. store have claimed that fluctuating hours and poor pay drove them to join the movement and hope that Starbucks’ corporate sector will recognize and meet their needs. Along with the other three Starbucks locations in the Cleveland area that have similarly filed for union elections, Starbucks corporate could voluntarily recognize the union, though it is unlikely to do so. What is more likely to occur is the National Labor Relations Board holding a vote, with a simple majority of the location’s workers then required to formalize the union.

Only time will tell if these efforts will pan out in the employees’ favor, with a first vote date not yet determined.