The Apple doesn’t fall far from the CLE 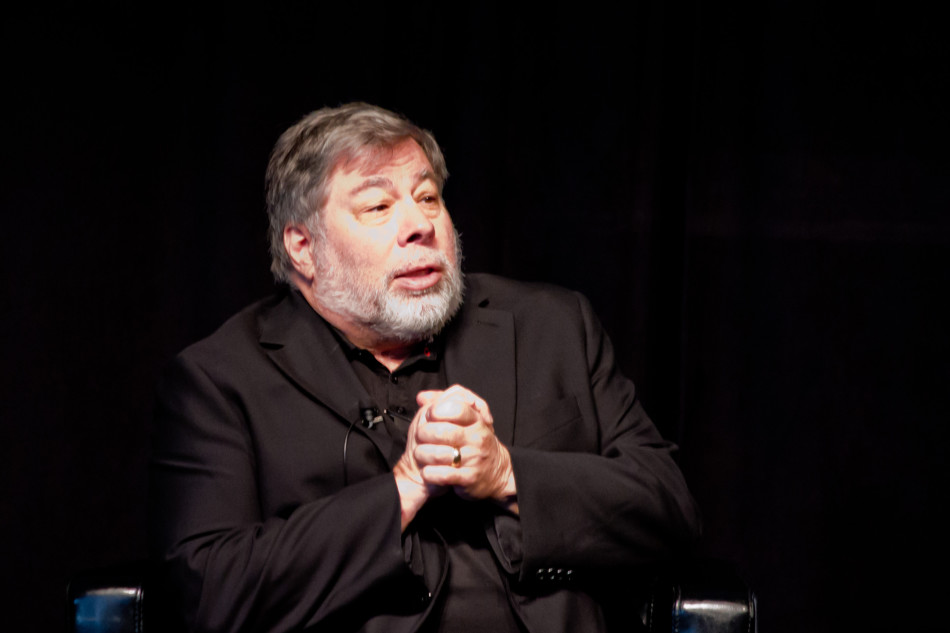 Case Western Reserve University students greeted Apple co-founder Steve Wozniak with thunderous applause as he got situated for an hour-long question and answer session at the Tinkham Veale University Center on Oct. 4. The session was moderated by Jeffrey Duerk, dean of the Case School of Engineering.

Wozniak, best known for jump-starting the multinational Apple Inc. alongside Steve Jobs, is credited with designing the Apple II computer, first introduced in 1977. The Apple II is considered a revolutionary design in the history of personal computers.

Provost William “Bud” Baeslack introduced Wozniak and also spoke briefly about think[box], which provides a space for students, faculty, alumni and community members to tinker and invent projects using the professional equipment and 3D printers provided. Baeslack said that Wozniak was a man who could relate to the motivations behind think[box].

Wozniak said that his passion for computers and gadgets has been present his entire life.

Wozniak cited Siri, the iPhone voice recognition software, as an example of one of the biggest accomplishments in computer technology in the past decade. He said that the software was an example of “doing things in a human way and having the computer respond.” Siri’s ability to personalize computer software and make it easy to use is an example of this consistent driving force for the future of computer design.

Wozniak is a creative person. He warned against restricting innovation based on the status quo or culture of an establishment. He stressed the importance of free thinking, regardless of the setting. He also suggested that students not limit themselves, giving the example of not only reading engineering books, but writing new books themselves.

Before the Q&A session, Wozniak took a tour of think[box] and met with a number of groups, including CWRU students, Cleveland Institute of Art students, and alumni, all of whom had used the lab to turn their ideas into tangible creations.

The groups’ inventions had a wide range of applications, from fashion to biomedical design. CWRU sophomores Zach Lerner and Vincent Cozza invented a 3-D printed competition grade-yoyo. Lerner event got to showcase some of his yo-yoing skills for Wozniak.

“think[box] was one of the major factors for me in choosing to attend Case,” said Cozza.

“We were both around when think[box] was just getting started, and helped design how the center should be,” said Tan. “I have found it to be an incredible program.”

Wozniak reminded all of the students that there should always be a fun component in their designs.

To thank Wozniak for making the trip here, think[box] presented him with a 3-D printed blue wrench with the word “WOZ” written in bold on the side. Wozniak also added his signature to the side of the center’s printing circuit board router.