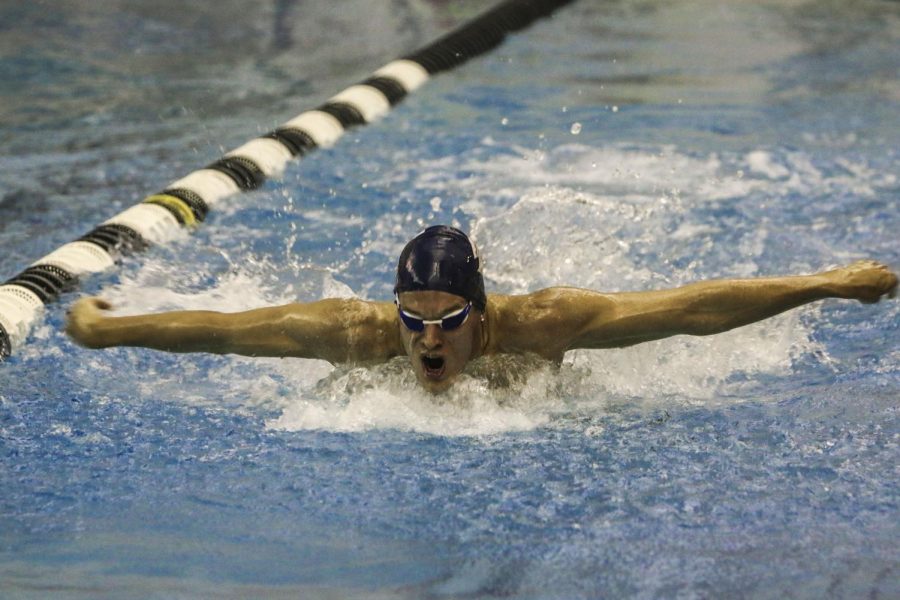 The men's and women's swimming and diving teams have started the season with two wins in their first three meets. They aim to continue that success in their next meet at University of Rochester.

After their first three meets, the Case Western Reserve University men’s and women’s swimming and diving teams each stand at 2-1 after a loss to Carnegie Mellon University and victories over John Carroll University and Oberlin College.

Both teams fared much better against Oberlin, the men winning 222-63 and the women 238-47. For the men, two first-year swimmers, Wible and Nicholas Schoenig, combined to win four events. Wible took first in the 50- and 500-yard freestyle; Schoenig finished first in the 100-yard backstroke and butterfly. In diving, second-year diver Mark Fox won the 1-meter and 3-meter dives.

Both teams will return to the action Nov. 16 and 17 at the University of Rochester.