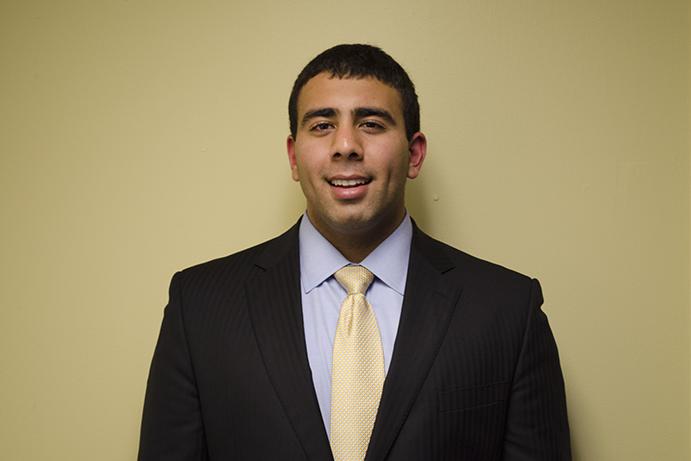 Most people think that biological research must involve using instruments such as microscopes and test tubes, but one student researcher is using mathematical computations to study biology. Ali Azeem, a fourth-year applied mathematics and biochemistry double major, has been doing research for over a year using computational software in order to study protein formation.

Since the fall of his junior year, Azeem has been working in a structural biology lab that focuses on using protein NMR (Nuclear Magnetic Resonance) in order to study the protein HSP90. This chaperone protein acts as a catalyst in protein building by helping amino acid chains fold in the proper manner.

His own project involves studying how the HSP90 binds to proteins that it helps to build. To accomplish this task, AzeeAzeem says, “I probably ran through that program 200 times.”
The work is not only tedious, but also long. Azeem goes into the lab 10 hours a week through the course of four days. He spends the rest of his time with the Muslim Student Association, of which he was president, and the Delta Chi fraternity. Service is a big part of his life and working in a group to make a difference his something he enjoys doing. Azeem plans to go on to medical school after graduating from Case Western Reserve University.

When he’s not with his groups, he tutors students for Educational Services for Students (ESS) and then comes back home for his 24/7 job of being a residential assistant.
Azeem winds down by going to his favorite place on campus, the Algebra Tea House. There, he enjoys spending time with his friends and trying various teas.

When he isn’t working or serving the community, Azeem is also an administrator of the Big Games Club (BGC) and has helped design games such as Humans vs. Zombies (HvZ). He describes his favorite CWRU memory: riding in a police car, firing a nerf gun at student zombies. It was late at night and he was walking from the south side of campus to the north side, when a police car pulled up next to him. The university circle police officer had found out about the game from other students on campus and was intensely interested.

Azeem laughed and said, “The cop rolled down his window, and said ‘Hey, want to go shoot zombies?’”