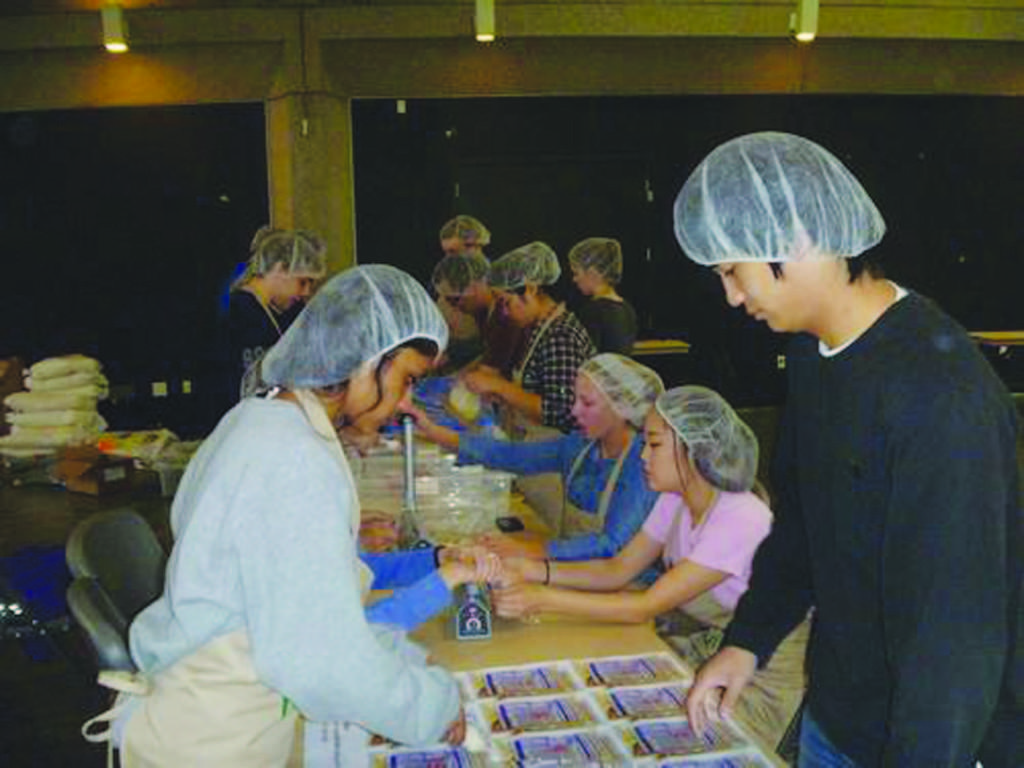 The Center for Civic Engagement and Learning (CCEL) held Saturday of Service on Saturday, April 14. The event has been offered to Case Western Reserve University students for years.

Angela Lowery, the student service coordinator for CCEL, described the event as an opportunity for students and campus groups to get involved in the local community in a way that is flexible and convenient.

The event also seeks to expose students to different and unexpected opportunities in the Cleveland area, so that they can learn about the city where they attend college and feel like they are part of a greater community.

Lowery also stated that the CCEL office hoped students would find a volunteer opportunity that they were passionate about, so that they would continue to be involved more than just one day a year.

CCEL frequently works with community partners such as the University Farm, the Ohio City Bike Co-op, the Cleveland Cultural Gardens, 2100 Men’s Shelter, Church of the Covenant, and Judson retirement community, among many others.

This year’s Saturday of Service included a few additional non-profit organizations like a local theatre, some community gardens, and some faith-based organizations.

Students played BINGO with senior citizens, helped to serve lunch at a homeless shelter, and completed a service project with Refugee Response.

Volunteers at the Judson retirement community worked with senior citizens and their families in Judson’s art center. Volunteers assisted the seniors’ grandchildren in activities designed to bring the families together.

Beginning two years ago, CCEL started coordinating Saturday of Service with CWRU Greek Life. The Interfraternity Council, the Panhellenic Council, and most recently, Kids Against Hunger all helped organize service projects on campus, such as Project Linus at the Spot.

“We have really enjoyed collaborating with Greek Life and other student organizations on the Saturday of Service, because it helps us create a broader impact for the event. Without the help of the Greek chapters, we would not have been able to coordinate transportation to all of the sites this year; so they were a huge help,” Lowery said.

Approximately 350 students participated this year, which Lowery thinks is a direct result of the partnership that CCEL has with Greek Life and Kids Against Hunger.

This is an improvement of 100 to 150 more students than in previous years, which was largely influenced by the Kids Against Hunger food-packing event held at Carlton Commons. Because of the large number of participants, Kids Against Hunger was able to pack over 28,000 meals.

Senior Candace Martin participated in Project Linus at the Spot. “I spent most of my time working on cutting and tying fleece blankets which are given to children who are seriously ill, traumatized, or otherwise in need,” Martin said.

“This service was relaxed and fun. There was music playing and you could work alone at your own pace or work together in a group. I would absolutely do it again!” she continued.

Sophomore Christie Ellis took part in the Kids Against Hunger packing event. “Essentially there was an assembly line which had different people filling different bags. Those bags were then prepared to send to impoverished families around the world,” Ellis said.

She also said the experience was very relaxed and rewarding. “It was very low-pressure, instantly impacting work, which was awesome.”

First-year student Mary Lee attended an event at Maggie’s Place, a home for homeless pregnant women. She and two other students helped with general cleaning.

“The staff was really friendly and obviously had a passion for what they were doing,” Lee said.

“It really impacted me how each of the women came from different situations and how important it was for them to have a place to call home with women who were in similar situations.”