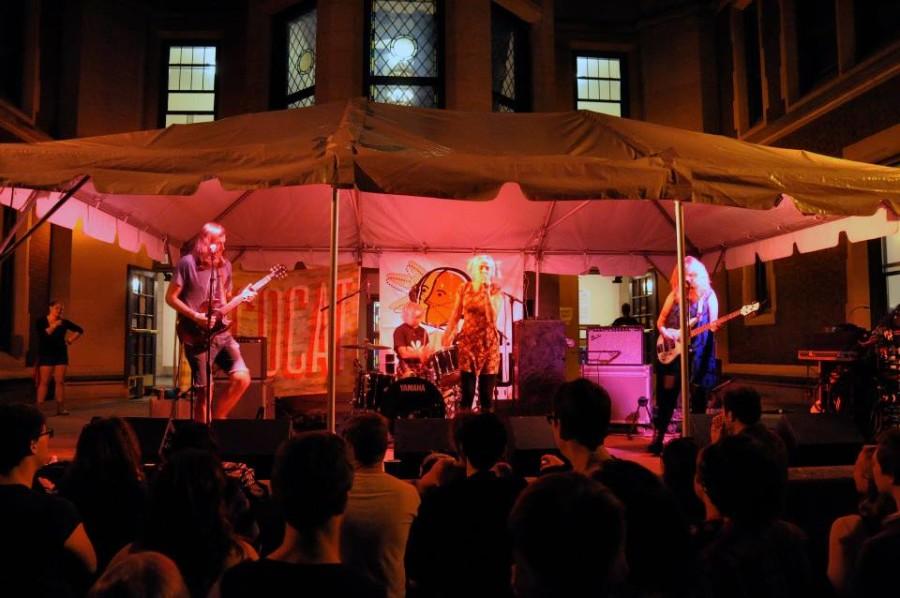 Summer and music festivals go together like hot dogs and barbecues. This Saturday, give the season one last hurrah at Studio-A-Rama, the annual music festival hosted by WRUW 91.1 FM, Case Western Reserve University’s campus radio station.

The station has been around for 48 years, and has run Studio-A-Rama for 34 years. It originally got its name because WRUW hosts a show called “Live From Cleveland” every Thursday night from 10–11 p.m. where they broadcast a live concert from Studio A. Back in the early days of this festival, they held it inside Studio A, but now it has grown larger than the studio can handle.

Teddy Eisenberg, the business manager of WRUW, explained the purpose of the festival. “A big part of the reason we do Studio-A-Rama is not only to support local music, but to thank our loyal listeners,” Eisenberg said. “We like being able to put on a free concert festival for our listeners based on our telethon that occurs every year, in mid-April, where we ask for our listeners to donate so we can put on events like this. It’s not only something to champion local music, but to also thank those who support us.”

The “More Music, Fewer Hits” WRUW 91.1 lives up to its saying. Eisenberg said, “We have a rule that local bands cannot play in the festival for generally three to four years after their performance. This is to…keep it fresh and also to highlight all the new talent in the community.

“We want to provide a platform for people to listen to music they normally wouldn’t seek out or listen to,” he added.

Eisenberg thinks WRUW as a college radio station provides a place for local music to be heard, thus making WRUW a champion for local music. The guitar rock festival, Studio-A-Rama, will have nine local acts leading all the way up to the special guest and national headliner.

“Our special guest is always someone that has roots to the Cleveland community but has made it and either left or is still playing around Cleveland and has been performing for years,” said Eisenberg.

The nine local acts are Heavenly Creatures, ITEM, Half An Animal, Sweepyheads, Swirly in the Fryer, Sammy Slims, Cheap Clone, Queen of Hell and Hiram-Maxim. On stage after them will be the headliner Doug Gillard (who some readers may know from Guided by Voices (an indie band that rose to prominence in the 90’s and early 2000s), GEM and Death of Samantha) and special guest, Man or Astro-man?.

This is an event where people can sit and enjoy the music they want. Guests can bring their own drinks, including alcohol for those of age, without glass bottles, and guests are encouraged to bring a picnic and just hang out. There will also be food trucks, such as Touch Supper Club, to help satiate any appetites that day.

As for those who may not be able to go or want to share the fun with others not currently in Cleveland, the entire concert will be transmitted from the broadcast station and, for the first time, will also be streamed live through YouTube.

So if you’re up for listening to some pretty great music, come out to Studio-A-Rama this weekend. Hope to see you there.