Sue B. Workman named new Chief Information Officer and Vice President of ITS 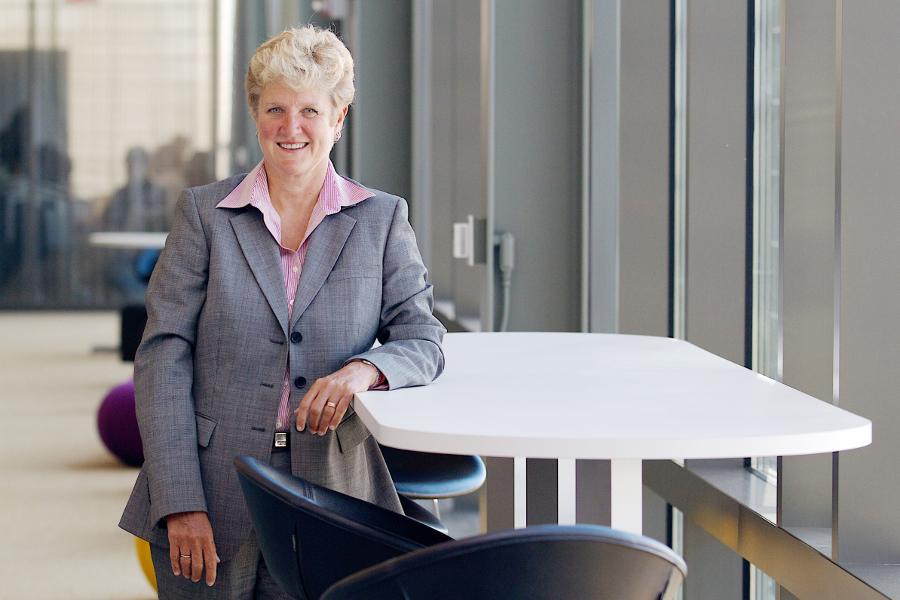 Sue B. Workman has been named the new chief information officer and vice president of Information Technology Services at Case Western Reserve University. Workman previously worked at Indiana University, where she was the Associate Vice President for IT Client Services and Support.

The position at CWRU opened up in the summer of 2013, when former CIO Lev Gonick left the university to lead an initiative to make high-speed broadband Internet more available in Cleveland and Northeast Ohio.

Workman, who takes over the position from interim CIO Brian Voss on Sept. 29, will be responsible for managing the deployment of IT services, working with campus customers and overseeing the overhaul of the infrastructure, security and web services CWRU provides for its students and faculty. Mark Henderson had filled the position for just over a year before Voss received the role.

Before getting her job at Indiana University, Workman worked at Hewlett-Packard, where she worked to network computers from different manufacturers, and a small software company where she oversaw research, development and business practices.

According to Cyrus Taylor, dean of the College of Arts and Sciences, who led the search committee for the position, Workman’s business experience was among the qualities that made her the strongest candidate.

Workman began with an entry level position at Indiana University, but quickly worked her way up the ranks of IT administration.

“Many people see IT as a utility,” Workman said. “But today, IT at a university is in every aspect of people’s lives.”

She said that she chose to take a position at CWRU because she considers it to be a top tier university with a focus on teaching, learning and research.

Workman said she is most looking forward to “building the relationships and partnerships with various schools, deans and faculty to help them use IT resources to be most productive in their work at CWRU.”