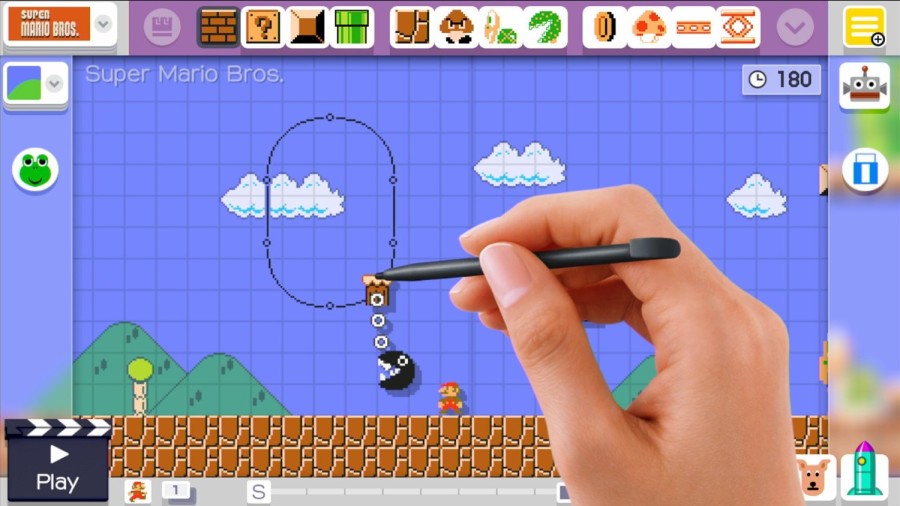 The game gives players a creative look into the Super Mario world.

On Sept. 13, 1985, Shigeru Miyamoto and Takashi Tezuka revolutionized the world of videogames with “Super Mario Bros.,” widely considered to be one of the best platforming games of all time and a classic among classics. It was even the best-selling video game of all time until “Wii Sports” took the title decades afterwards.

Thirty years later, gamers have been given the proverbial keys to the kingdom with “Super Mario Maker,” a game that lets players create, play and share their own “Super Mario Bros.” The creation of levels utilizes the Wii U GamePad to drag and drop stage elements such as floor tiles, coin blocks, pipes and enemies. While there is a vast degree of freedom in level design, it isn’t wholly organic; stage element placement is limited to a grid. Levels can be created with a variety of backdrops, including ground, underground, castle and underwater themes, among others.

However “Super Mario Maker” isn’t just a way to create levels like the pros. It’s designed to encourage mixing up the Mario formula. Enemies can be stacked on top of each other, placed inside blocks or super-sized with the Super Mushroom. Sound effects can be placed around the stage, whether a friendly “ding” when players hit the correct box or a “beating heart” sound when you want to add some tension to an ominous dungeon hallway.

One thing to note about all these stage creation tools is that players do not have access to all tools from the start. Tools are unlocked over the course of a nine day waiting system—by spending at least five minutes in the course editor, the player queues a new “delivery” for the following day. It’s a good way to encourage using the course creator and helps to ease players into creating levels without overwhelming them. However a day-one patch removed this system, allowing players to receive deliveries early by spending even more time in the course editor. “Super Mario Maker” also comes with several pre-made courses made by Nintendo developers and playtesters, including the four courses featured in the 2015 Nintendo World Championships finals. These courses can be found in the 10 Mario Challenge, a mode that challenges players to complete eight levels with only 10 lives.

“Super Mario Maker” is also compatible with almost every available amiibo at time of writing. Unique to the “Super Mario Bros.” graphical style, the Mystery Mushroom allows players to become Costume Mario, which changes Mario’s appearance to that of another character. Scanning an amiibo while editing a course will add its corresponding costume to the Mystery Mushroom list. There are also several costumes that can’t be unlocked through amiibo. For players who don’t own all the amiibo, these costumes can also be unlocked by playing the 100 Mario Challenge, which, unlike the 10 Mario Challenge, randomly pulls from levels created by other players. As the name implies, players have 100 lives to make it through these levels rather than 10. Also levels that seem too difficult can be swapped out for another random level at any time, though the stage isn’t counted as completed; you can’t skip eight levels and win.

However, as great as the tools are, it still feels somewhat limited. Diagonal course elements cannot be created, for instance, and not all elements from prior Mario games are available, such as the Frog Suit and Tanooki Suit from “Super Mario Bros. 3” and track switches from “Super Mario World.” It is possible that DLC may expand these features in the future, but it is nonetheless disappointing that they aren’t part of the game at launch.

“Super Mario Maker” shows just how far video gaming’s famous Italian plumber has come by allowing players to go under the hood and tinker around with the tools of the trade. The game probably won’t turn you into the next Miyamoto, but you can feel a little bit of his signature magic rubbing off every time you upload a new creation. Despite its limitations, this game is highly recommended for any fan of the Mario franchise, as well as for aspiring game designers.