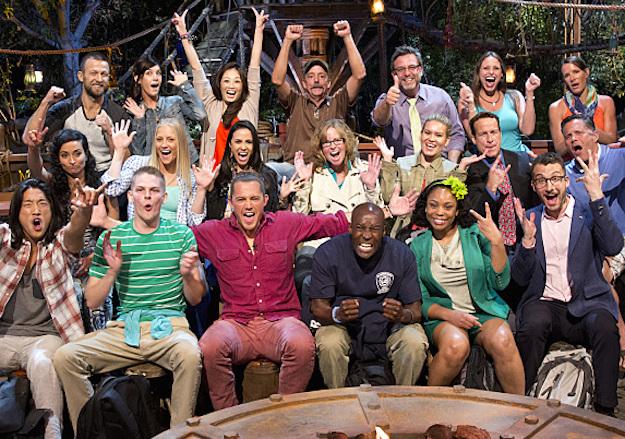 What. A. Season. “Survivor” promised us something great with their gimmicky “Second Chance” concept, giving viewers the power for the first time ever to choose the game’s players out of a pool of former contestants, and boy, did they deliver.

This season’s greatness definitely started in the casting. With recent favorites like Spencer, Joe and Kelley Wentworth joining early-season stars like Kelly Wigglesworth, Kimmi and Terry, the show found the perfect recipe for a cutthroat season. Giving the power to choose entirely to the audience is something that reality shows are rarely brave enough to do, but with the amazing results of “Survivor’s” gamble, maybe more shows should take that risk.

Following a roller coaster ride of a season, the Dec. 17 finale started off with a bang with one of the strangest tribal councils the show has seen in its 472-episode run. With both Jeremy and Kelley playing idols, no one received any votes, leaving it between Kimmi and Keith to decide which of them would be leaving. Keith’s near-willingness to leave the game for Kimmi sealed the deal on his loss; even if he had made it to the final three, his clear lack of commitment to winning would have alienated the jury voters.

A series of intense immunity challenges then helped highlight the physicality of this season. There wasn’t a competitor on season 32 who fell out of every challenge consistently, unlike past seasons. Despite the clear physical dominance of Joe throughout the season, there was still the feeling that everyone was there to fight for every moment, which heightened the tension and the suspense during challenges.

After the unfortunate elimination of Kelley, viewers were left with a deserving, if not unsurprising, final three of Jeremy, Tasha and Spencer. Jeremy came out swinging at the beginning of the game, and although he quieted down dramatically towards the end, it turned out to be the right move for him, giving him the credentials to show that he made moves while still allowing him to be likeable in the eyes of the jury. Tasha appeared to spend most of her time playing second-fiddle in the alliance throughout the season, although I suspect that there was some editing involved in hiding her moves for the sake of simplifying the story for the viewers.

Then there’s Spencer, who was my choice for the winner out of the final three. Spencer probably best epitomized the second chance, only because he had so much further to grow from his first season. In Cagayan, Spencer played hard and fast, neglecting personal relationships in his desperate attempt to escape his constant spot on the bottom of the game. That season demanded this level of coarseness in him; however, it ended up being his downfall. This season, Spencer clearly worked hard to fix the mistakes of the past; however, up against the extremely likeable Jeremy, playing for his unborn son, he didn’t stand a chance.

Going into next season, “Survivor” has a lot to do if they plan on keeping up their streak of great seasons. However, the preview for the second round of Brains vs. Brawn vs. Beauty, featuring former NBA player Scot Pollard and “Big Brother” cowboy Caleb Reynolds, chose to highlight the season’s high number of medical evacuations, a fact I take much umbrage with. Medical evacuations are not exciting; they do not make good television. I watch “Survivor” to see people playing a game, a game that happens to involve excruciating conditions that can, at times, be life threatening. While I want to see people fighting and surviving both in the game and out, if they are going to leave the game, I want it to be because they lost strategically, not because they got sick.

Hopefully the season is more than just the medical evacuations shown in the preview; if not, it’s going to be a long and miserable ride. If “Kaoh Rong” can keep up “Cambodia’s” streak, though, then “Survivor” will have definitely proven that, even after 32 seasons, it still has some life in it yet.