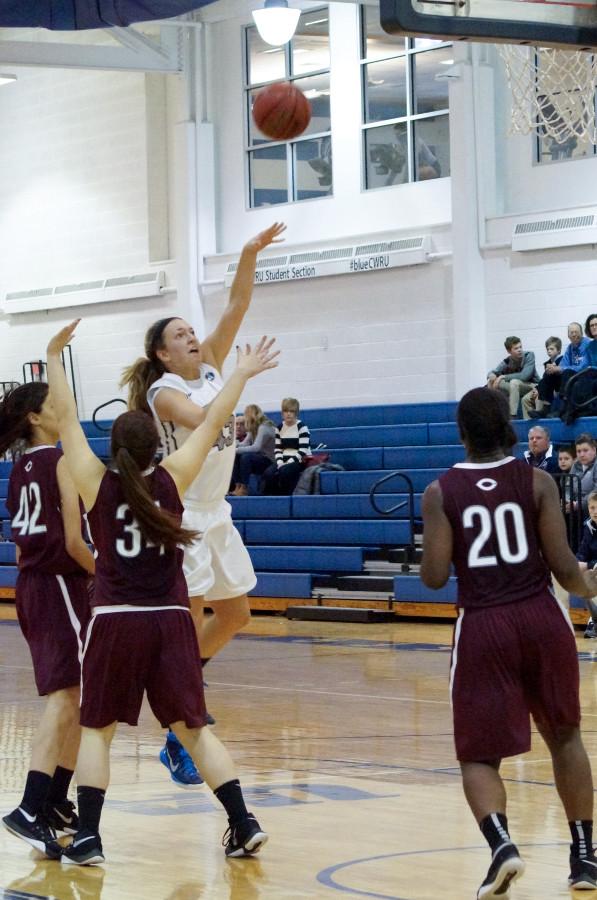 This past weekend saw the Case Western Reserve University women’s basketball team play host to two teams in University Athletic Association (UAA) conference matchups. The first game saw the University of Rochester Yellowjackets come to town, and it certainly was a battle.

The game went into overtime, but the Spartans could not quite pull it out against the 12th-ranked Rochester, eventually falling 75-69. CWRU was up by 17 at one point in the first half, but that lead was undone by a 22-8 third quarter in favor of the Yellowjackets to bring them back in the game, and CWRU could not quite regain momentum at that point.

The Spartans were led by second-year student Kara Hageman, doubling up with 15 points and 11 rebounds. This loss dropped the Spartans to 7-16 on the season, a record that includes 2-10 in UAA play.

The next game on the docket was Senior Day for the ladies, a day that brought Emory University to campus, a team which CWRU had already defeated earlier in the season. The Spartans only have two seniors this season, and both were honored in a pregame ceremony. The two seniors are Laura Mummey, who was able to post 14 points on her Senior Day, and Emily Young, who led all players on the day with six assists.

These strong performances were a winning effort for the Spartans. The seniors were helped by one of their younger counterparts, first-year student Hillary Hellmann, in making their big day a special one with a victory. Hellmann had a monster first half, posting 18 points before the break, and by the end of the game had put up 25. Third-year student Jessica McCoy also had a great day to continue her box score-stuffing ways, with 17 points, six rebounds and four assists.

“Winning my last home game while being surrounded by family and friends in the gym that I’ve dedicated so much time and energy to over the past four years was such an amazing experience,” said Mummey. “I couldn’t have asked for a better way to conclude my time competing in Horsburgh Gymnasium.”

Emory led by as many as eight early on, but the Spartans brought it back to a tie game at halftime, and found a way to emerge victorious in a tight one, 75-73. This was a great last home game for the two seniors, and it brought the Spartans up to 8-16 on the season, with a 3-10 conference record.

The season will conclude Feb. 27 when the ladies travel to Pittsburgh. There, they will take on archrival Carnegie Mellon University, and they will look to end the season—and in the case of Mummey and Young, their careers—on a high note. “Personally, I’m focused on enjoying every minute that I have left in this season and with this sport,” said Mummey. “It’s hard to believe it all comes to an end so soon, so I want to focus on savoring my last week of practice and my last game day experience.”