Swift emerges from the dark in new album “Lover” 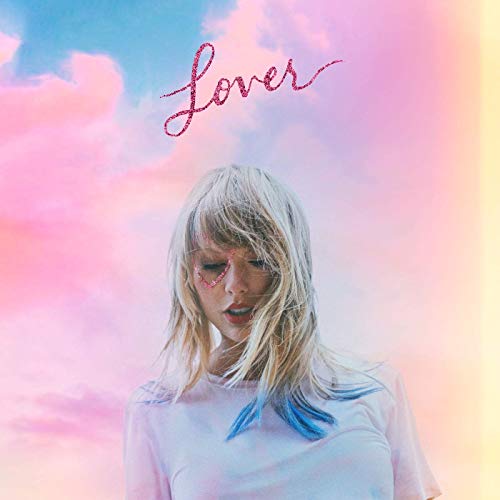 With a shift of tone—from dark imagery and a rebellious voice to butterflies, rainbows and kittens—Taylor Swift released her newest album, “Lover.” The album was first anticipated after the release of her hit-single, “ME!” featuring Brendon Urie from Panic! At The Disco.

It is immediately clear after listening to the first seconds of the single that Swift was making a transition from her previous album, “Reputation.” In the “ME!” music video, Swift dropped hints of her past self, beginning the video with a snake slithering along the pavement that quickly morphs into butterflies.

“I Forgot That You Existed” opens the album with a cheerful beat, evoking a liberating feeling as Swift announces that she has forgotten a past lover she could not erase from her mind. At the beginning, the lyrics reminisce over all the times Swift’s lover wronged her and left her drained of happiness.

The song also points to a sense of ease and relief as it emphasizes that it was simply forgetting; no grudges or sadness were withheld. Classic of Swift’s style, the subject matter is universally relatable as she details how it felt like she was dying, but the suffering came to an end.

As the album unfolds, the single “Lover” slows down the beat, reminding the audience of similar slow treasures from her older albums. The nostalgic single’s music video features dancer Christian Owens, who, together with Swift, depicts the loving evolution of a life-long romance.

“I Think He Knows” picks up the energy of the album as Swift describes her overwhelming obsession with a lover who remains unnamed. Swift nails the exhilaration of experiencing this love-fueled high with the lyrics: “It’s like I’m seventeen, nobody understands … he got my heartbeat skipping down 16th Avenue.” With the beat of the song, you can imagine her skipping down the city sidewalk.

With wounds as imagery, Swift paints the end of a relationship in “Death By A Thousand Cuts.” She compares her failed relationship to a house that was emptied out and boarded up, carrying through the theme of “home” from the single “Lover” when she opens the video with a doll house.

The album’s uplifting tone is amplified by “You Need To Calm Down.” This song celebrates diversity, as seen through the music video in which she addresses haters of all types, encouraging them to quit obsessing and fussing over others. Again, Swift inserts the theme of home as she creates an inclusive community featuring icons such as Ellen DeGeneres, Katy Perry and the cast of “Queer Eye.”

After the transition period Swift went through in “Reputation,” she is back with the classic pop that has become her signature style, infused with relatable life experiences that draw fans in. Swift makes an impressive case for her fans’ faithfulness, as this is her sixth number one album, racking in 867,000 sales in the United States in its first week. Although below a million sales, unlike her previous albums, the numbers are still impressive in a time where streaming is rapidly changing the music landscape.